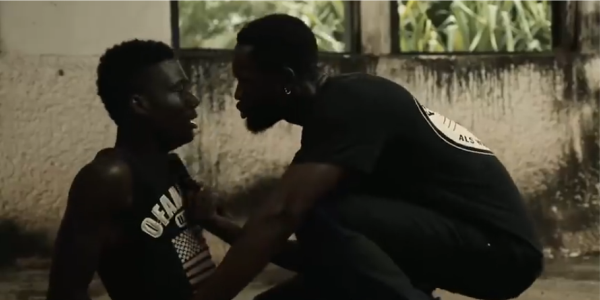 Kind courtesy of the management of Kairos Productions, we finally got an exclusive screening “Watch Dogs: The Hunt” which was released sometime in March this year after we missed out on the premiere.

The film happens to be the first chapter in what we believe is a series of crime thrillers titled “Watch dogs”.  In “The Hunt” directed by Prince Amuni Gbenga, the story details event surrounding two young men, two special agents and a disturbed criminal whose paths cross either by faith or mere chance. They are all willing to go to any extent to ensure that they get out of the situation alive whilst keeping their interests protected.

The entire film encompasses a series of events that all occur in one day which makes it easy to follow. It starts off right with the suspense and slowly draws you in with some intensity in the first few minutes of showing. And then continues to tell the rest of the story at decent pace for the rest of its 125mins runtime.

This film comfortably sits in the crime or thriller genre or category of films with the story it tells and how it chooses to tell it. With mostly a slow pace and a somewhat intriguing sequence of events it draws you in with suspense and engages you from start to end.

Surprisingly, with each scene we seem to get a better understanding of the villain’s character (Don played by Anthony Woode) to the disadvantage of the other characters in the film. In the end he comes off as the main center of the film even with no solid denouement. We seem to feel this sets the audience up to expect more of him in subsequent chapters of the film series.

Anthony Woode does a decent job at showing his pedigree as an actor with so much potential in this film.  He presents himself as a formidable talent in this film as he managed to deliver and sustain an unknown accent in all of his scenes and also succeeds at selling us the character; Don, a disturbed villain with everything at stake. For us, he seems to hold the film together with is performance alongside his costars Albert Fiifi Bonney Awere, Jessica Joyce Williams, Van Jay and Benjamin Adalatey.

We noticed some inconsistencies in the feel/theme of the sound scoring and the choice of mood music as well. For a film that is a pure crime thriller, having a sound score that exudes a fantasy, adventure or any other different feel at some points ruins and distorts the dramatic narrative and emotional impact the film intends to have.

The cinematography and editing on the other hand seemed pretty much decently done, even for the scenes in thick of the woods with limited natural lighting. However, we feel the sound job could have been done better since the ADR and additional dubbing was so obvious to us.

This film scored a 5.9/10 on our rating scheme. It identifies with a specific genre and succeeds at telling a story to fit that genre. But as to how well the story was told, we can only say it was far from flawless. Nonetheless this film is certainly worth the time spent on seeing it.

Judging for how this particular chapter ended, we can only assume and anticipate that the next chapter would take off right where this ended. We are certainly looking forward to seeing it… fingers crossed.

Despite what seems to be successful exploits in tv shows/series production like Living with Trisha, Office Palava and The Idiot and I, we believe Kairos Productions are spreading their tentacles with this particular venture. They might be on to something with this film and we can only hope they don’t lose sight of the big picture and keep on at it.

If you have seen Watch Dogs: The Hunt, do well to share your thoughts on the film with us in the comments section below. If you haven’t, be on the look out for when next it would be screening and do well to go see it.

Movie Review: Sometimes In Yesterday – When Pain Haunts You