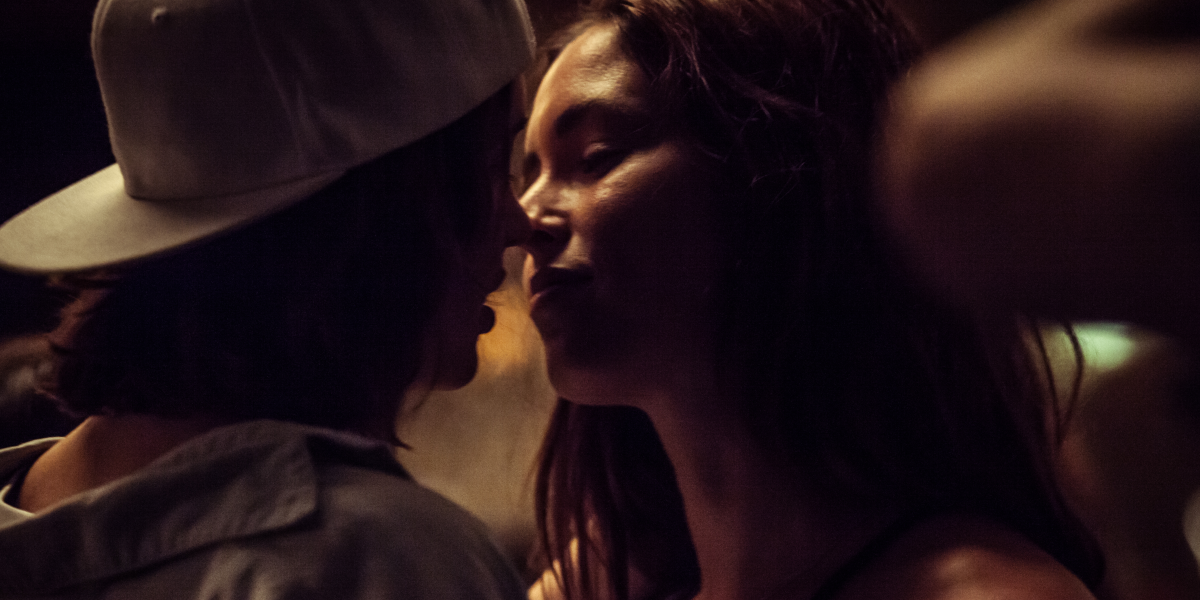 Anna (Natalie Krill) is a teacher whose sister committed suicide. She was involved with an abusive pimp/drug dealer who rapes and abuses her. Anna decides to play investigator to find out exactly what happened and to bring the real culprit to book.

Along with her girlfriend Olivia, she sets out to Montreal not knowing what to expect.

This film seems like a simple straightforward tale that would be ladened with some intense drama and some occasional thrill. As you would expect from a thriller with a premise such as this.  But it falls short of that.

The makers describe it simply as an allegorical tale. As in providing us with a story within a story.

‘We Had It Coming‘ turns out to be very boring with no 3rd act or story arch leading up to a satisfying climax.

Overall, the film looks and feels very well produced. You can’t help but be impressed with the cinematography, the choice of locations and the overall editing.  You are given enough beautiful glimpses of Canada, possibly in a way that might not have been captured in any Canadian films I have seen. But the story doesn’t make good use of all this. We are continuously stuck repeatedly with cutaway shots of a car driving down a highway. It is almost as though those cutaways were just used to fill up the timeline and not necessarily to provide some establishment for subsequent scenes.

Natalie Krill who plays the role of Anna attempts to save this film with her strong performance and delivery as a lead. On-screen she is believable. Her depiction of a broken grieving woman out to find the person truly responsible for her sister’s death is spot-on. There are moments she’s clearly heartbroken, cold and losing it inside as well as moments where she’s strong and facing her fears. She also delivers well when the character is required to let her hair down and let out some steam with her girlfriend Olivia (played by Alexia Fast). Alexia also provides somewhat decent performance.

But it seems Natalie simply doesn’t have much material to work with. There is just not enough dialogue or drama for her or any of the other characters to fully shine.

Interestingly, we never get to see a man’s face in this film. The focus is all on the women and their stories. But what exactly is their story? All we know is Anna is trying to solve the mystery behind her sister’s suicide. But to what end? We never get to see how events unfolded leading up to the suicide or, even get to see Anna confronting the pimp and receiving some form of closure on the matter that seems to have consumed her existence.

By its end, several of the scenes you might have noticed are not given any meaning or explanations. We never find the connection between the story being told and its very interesting title ‘We Had It Coming‘.

I would score this film 4.5/10. If there was a stroke of genius in this film then I might have missed it, drowned under its slow pace and incoherent narration.

The anticlimax that this film provides further weakens its chances of satisfying any audience. Nothing is established by the time it ends. It is almost abruptly as though the reel had run out of tape. Not with so much as proper resolution or a somewhat ambiguous climax leaving the audience with something to brood over.

Perhaps, the real allegory here is that Anna never finds closure and can’t change the world either or it’s just meant to be confusing.