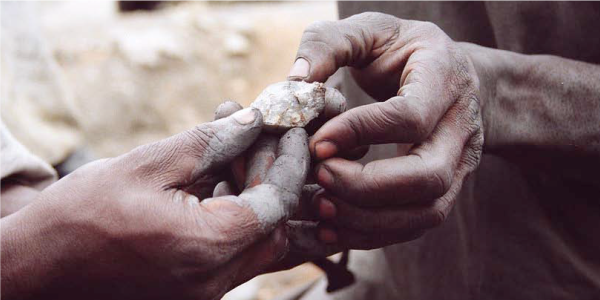 (Brooklyn, NY) – American documentary film director Stuart Harmon has taken on the
controversial subject of Ghana’s child gold miners for his first feature-length film. “The Money
Stone” tells the stories of Justice and Maxwell, two teen boys fighting for their dreams among
the deadly gold mines of Ghana. The film will make its Africa premiere at the Black Star
International Film Festival with screenings on August 22 at 8:00 PM and August 24 at 12:00 PM
at the Silverbird Cinema in the Accra Mall.

Through the compelling stories of Justice and Maxwell, “The Money Stone” offers an untold
perspective on galamsey by illuminating the complicated family dynamics, cycle of poverty, and
trillion-dollar global gold trade behind the scourge of child labor. The interwoven tales take the
viewer on an incredible journey through the teens’ lives, offering rich and personal coming of
age stories unlike anything seen before.

Harmon began this film while working on his master’s thesis at NYU’s school of journalism, and
has returned to Ghana several times along with his producing partner, Paula Ely.

“Over the 11 years we spent filming THE MONEY STONE, I began to understand the extremely
difficult choices impoverished families have to make in order to survive. On the one hand,
children at the mines are not only in near-constant danger from the perilous conditions, but they
also have to face corrupt bosses and suffer from an unjust political system that forces them to
work as criminals. Yet many families choose that over the uncertainty of education where years
of schooling and sacrifice may never pay off in a viable job.”

Harmon’s previous work includes television and documentary programs for the NY Times, Vice,
A&E, MTV, and CNN, among others. He is the recipient of two Telly Awards. Ms. Ely’s credits
include the award winning documentary “Vanishing Cultures: Bushmen of the Kalahari.”

“The Money Stone” made its world premiere back in October of 2018 at the Austin Film Festival
and has since screened at film festivals around the world. The team has also been the recipient
of several competitive film grants as well as participated in the renowned IFP Rough Cut Lab.
The film will be one of five documentaries in competition at the Black Star International Film
Festival. Stuart and the film’s subjects will be involved in a Q&A session after each screening.

The team looks forward to a spirited discussion about the issues with a full audience.