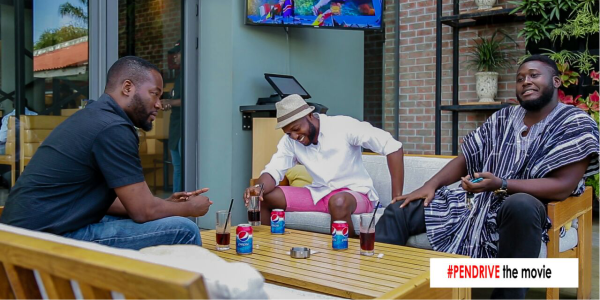 You can’t deny the potential the Ghana film industry has. And it is a delight to see young and daring individuals stepping up to try to make a difference.

GhMoviefreak.com introduces to you Horla Manuvor Jnr. A young and daring film maker poised to show the world more of Ghana’s growing film industry. Under the production outfit MAMS Multimedia, writer and director Horla Manuvor Jr is a few months away from premiering PENDRIVE.

The project is just rounding up shooting and is expected to be premiered in a few Months’ time in an event dubbed “Film Buffet” by MAMS Multimedia which would also feature some other films and productions from the same producers as well as other performances.

Be on the lookout for more details. But in the meantime check out these photos from the production of PENDRIVE.