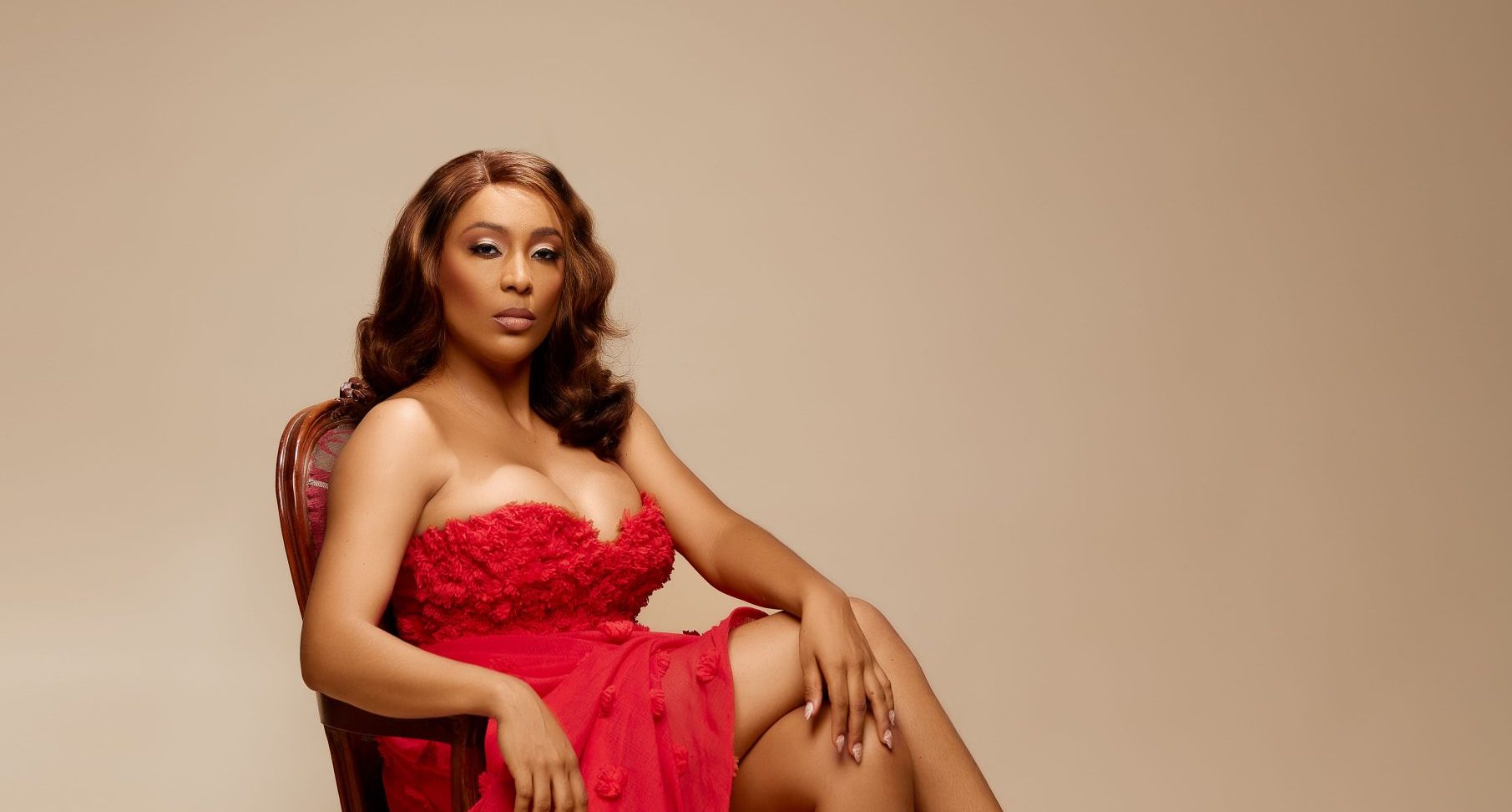 In the Akwaaba Magic drama series High Currency, also available to stream on Showmax, Naa Shika Hammond is a high-flying banker at the elite Crystal Bank who will stop at nothing to gain success. Naa Shika is a woman on top of the world, or rather, on her way to the top of the world. She’s beautiful and highly competitive, she knows just which buttons to push, and which high-value customers to charm and seduce to get what she wants.
But what does Nikki Samonas, the Ghanaian actress who plays Naa Shika, think about her ambitious character? “This is one fearless, stubborn and strong-willed character,” Samonas says. To prepare for this role and get into the headspace of playing such a successful woman and go-getter, Samonas had to study the works of other actors who played characters “who would never give up” no matter what. Like Viola Davis in How to Get Away with Murder. Or Anne Hathaway in The Devil Wears Prada.
She tells all in the interview below.
How does it feel to play a woman as successful in the banking world as Naa Shika?
It feels good, and it was quite challenging because this is something I hadn’t done before. And I had no idea about the banking world so it was quite interesting to play someone who belongs to that world.
Anything you had to do to prepare for the role?
I did a lot of research about the banking and business world, and also an extensive research about women who were strong-willed like Viola Davies, and for her role in How to Get Away with Murder where she did a great job as Annalise Keating. I studied Anne Hathaway in The Devil Wears Prada. She would never give up because she really wanted to make it. I also took a cue from Scarlett Johansson and Saoirse Ronan. Different women, different characters, and different ways.
Before her success, Naa Shika has had to struggle to get where she is now. Do you relate to her experiences in any way?
Yes, I have had a couple of struggles myself. My dad passed away when I was young – 10 years – and it was just my mum and I. And so I had to live life by my own choices, with my mother’s guidance. Yes, it wasn’t easy. I know most people think that mixed race girls have it quite easy but not in my story. I really had to find a way of living and surviving, and that’s how I relate to Naa Shika.
As Crystal Bank’s star employee, Naa Shika will do whatever it takes to attract high-value customers, even sleep her way to the top. Do you ever find yourself wrestling with who she is?
No, I just feel like it’s a story that I need to tell. And that I need to put myself in that role and to find myself as a woman who sometimes and somehow gets trapped in the world she’s in and who has to survive or achieve her aim. I think that it cuts across other industries as well, where people will have to do or go an extra mile just to achieve what they need to.
Personally, I haven’t been in such a position to that extent but I know that these things happen and that people have to push a little extra, even do certain things that they are not really comfortable with morally in order to gain, move forward, survive or meet a target.
Salma Mumin’s character is your sworn enemy on the show. How is it like acting alongside her?
This is not my first time acting alongside Salma Mumi. She is a great actress, and our onscreen rivalry is another amazing chapter. We are friends so it was great for us to bond properly and flow. I remember in one scene, our characters had a little exchange of words and immediately after we finished filming, we started laughing. We were like, ‘Look at you.’
What are your thoughts on the growth of the Ghanaian film/TV industry, looking at the state of the industry when you started out and now?
Of course, it’s grown, and it’s still growing. There’s a lot of diversity now, and investors are coming in such as Akwaaba Magic and DStv Ghana. I think the industry is indeed headed in the right direction. And with the internet, now it’s easy for people to get access to content and bridge the gap between Africa and the world, and make our stories travel. I love it. What more can be done? More investors, more stories, more buyers.
Catch Nikki Samonas on High Currency on Showmax, with new episodes releasing weekly.