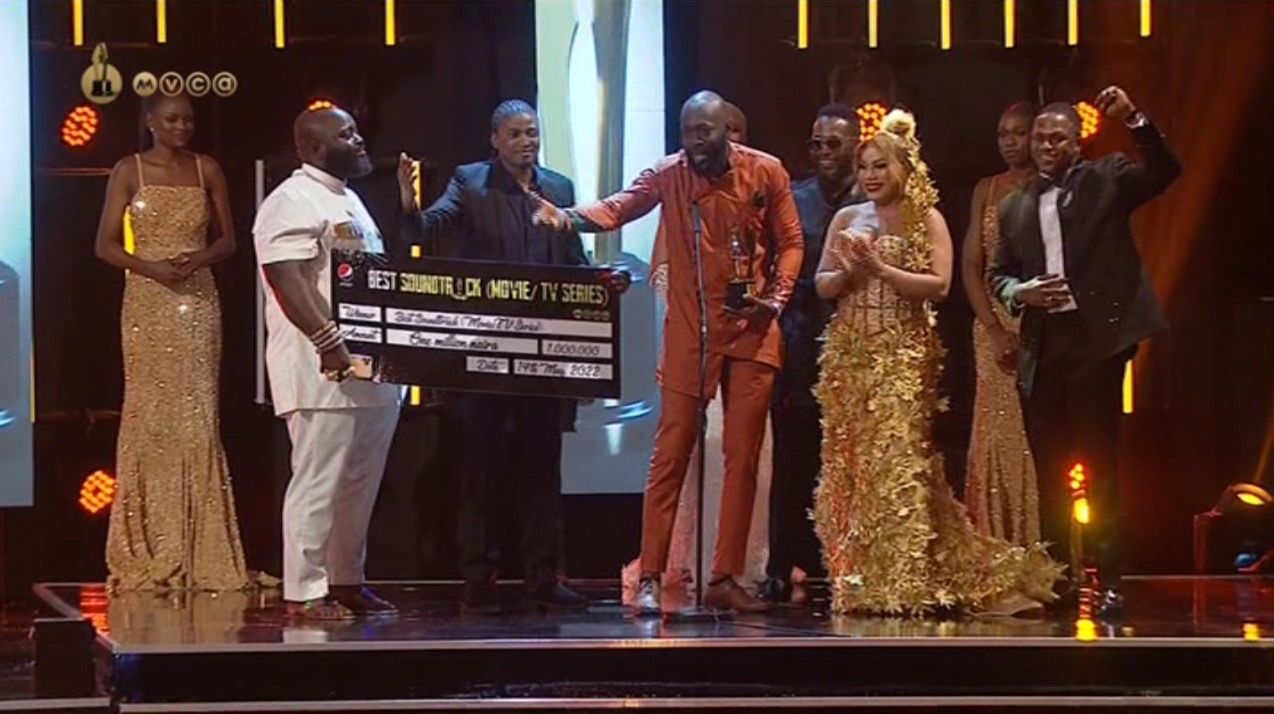 Filmmaker and actor Pascal Aka has won at AFRICA MAGIC VIEWER’S CHOICE AWARD (AMVCA), which was held on Saturday May 14th, in Lagos Nigeria.
“Gold Coast Lounge” stood toe to toe with Nollywood and Africa’s biggest movies and stars.
The movie emerged the winner of the “Best Soundtrack” category, which was written, composed and produced by Pascal Aka, with vocals from lead actress Raquel Ammah.
Adjetey Anang was also nominated for BEST SUPPORTING ACTOR for his role in the film.
Also in attendance was actress Zynnell Zuh and actor Gideon Kojo Boakye, who both star in “Gold Coast Lounge”.
This is the 17th international award for the movie, making “Gold Coast Lounge” Ghana’s most award-winning film in recent times.
Aka hopes to make the film available to stream in Africa and Europe before the end of the year.