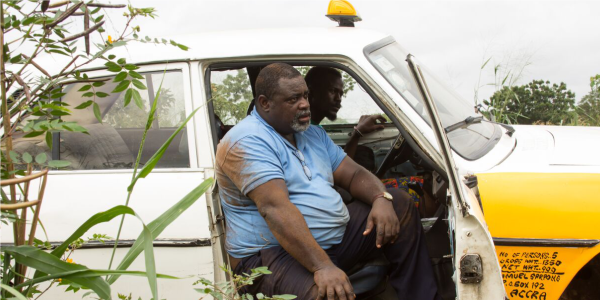 “BIGMAN WAHALA” is a journey set in the aftermath of a coup d’etat. A corrupt cabinet minister, on the run from the justice that is coming to him from soldiers, relies on a poor, struggling taxi driver to make his escape. The conversations and experiences between this leader and a member of the led, and the final fallout of the journey, make this a story not to miss.

Filming was carried out at various locations in the Winneba area, Central Region and in Accra. On the final day of the shoot, the writer and director, Daniel Adjokatcher, noted, “It has been an incredibly hectic and rewarding time for many on this shoot, both professionally and personally. I would like to thank our various partners, especially the Ghana Armed Forces and the University of Education, Winneba without whom this shoot would have been impossible”.

Oscar Provencal, who plays the role of the cabinet Minister in the film observed; “It has been a great experience. I think this movie is going to be one of a kind when it comes out, because it speaks to corruption, class and human relationships. It is definitely one to watch.”

Besides Oscar, “BIGMAN WAHALA”, also stars John Tijani, Fred Amugi and Rhoda Ampene among various others and is set for a mid-2018 release. Meanwhile, here are some location shots and behind the scenes views from the shoot.

CLICK HERE TO SEE SOME MORE BEHIND THE SCENCES PHOTOS FROM THE MAKING OF BIGMAN WAHALA.