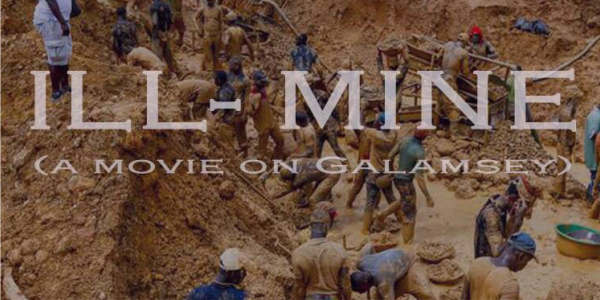 ULTIMATE SCREEN PRODUCTION is a leading film production company in Ghana which has independently produced and co-produced several movies in Ghana. Notable among them are; Baabani, Silence, Slave King etc. We are delighted to officially announce our new project, which is an independent production tittle “ILL-MINE”.

Illegal gold mining processes are condemned heavily throughout Ghana due to their distressing ecological effects, which many deliver dwarf any possible economic and cultural rationalizations. The general public, the media, and academia have raised serious apprehensions about the negative effects of “galamsey” operations and have called for its abolishment, and the restoration of the many abandoned mining sites and spoils.

For about a year now Ghanaians have moved from the talk shop on galamsey and concrete actions are now in place to fight the menace.

We as film makers knowing the psychological impact of films and the power of visual communication believe that a movie situated in the realism genre, that explores themes of “galamsey” and also exposes the effects of “galamsey” in graphic and uncompromising form would evoke the needed conscience purging that we all need as a society. We have created this script ILL-MINE as our contribution towards the fight on galamsey.

ILL-MINE is a movie carefully structured to examine the psychological, economic and social motivations for illegal mining. The film is woven around our lead cast Aleppo who takes as on an expose of the entire value chain of galamsey; the film is hard on the issues and confronts all stakeholders responsible for the perpetuation of the menace. The tragic hero symbolizes all victims of galamsey.

The management of ultimate film productions invites all Ghanaian’s, institutions, and the government and private businesses to support us in bringing this vision into reality.

You may contact our support staff for the packages for sponsorship and investment opportunities for production of ILL-MINE.

SEG Cineland Readies the “Hounds of the Western Gulf”