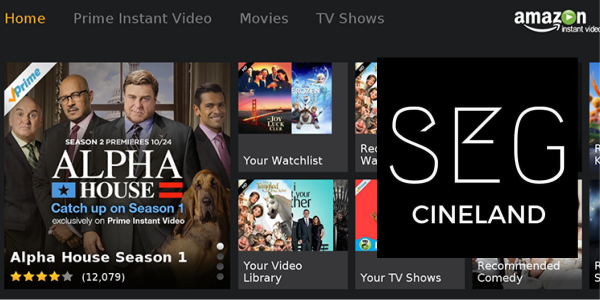 In a post on their official Facebook page, the production company announced that one of their early project titled “This Line of Work” was now available on Amazon’s streaming platform.

This Line of Work, directed by M. Sayibu is a mystery and horror themed film that talks about a hired gun who faces his toughest challenge yet as he takes an  unexpected walk down memory lane.

In recent times were the talk about the need for reliable distribution outlet for our films we believe this is indeed a commendable approach by the company.

In a discussion with a representative of SEG Cineland, he revealed that they subsequently going to roll out “The Northern King” and then the yet to be released  Slumber Party. He also explained that they are now in the business of acquiring Ghanaian movies to add to their catalog on Amazon Prime Video. And they are already finalizing deals to acquire and roll out next 2015 action film Cartel: The Genesis.

Top Comedians to Star in the Stage Play; “THE INSPECTION”.