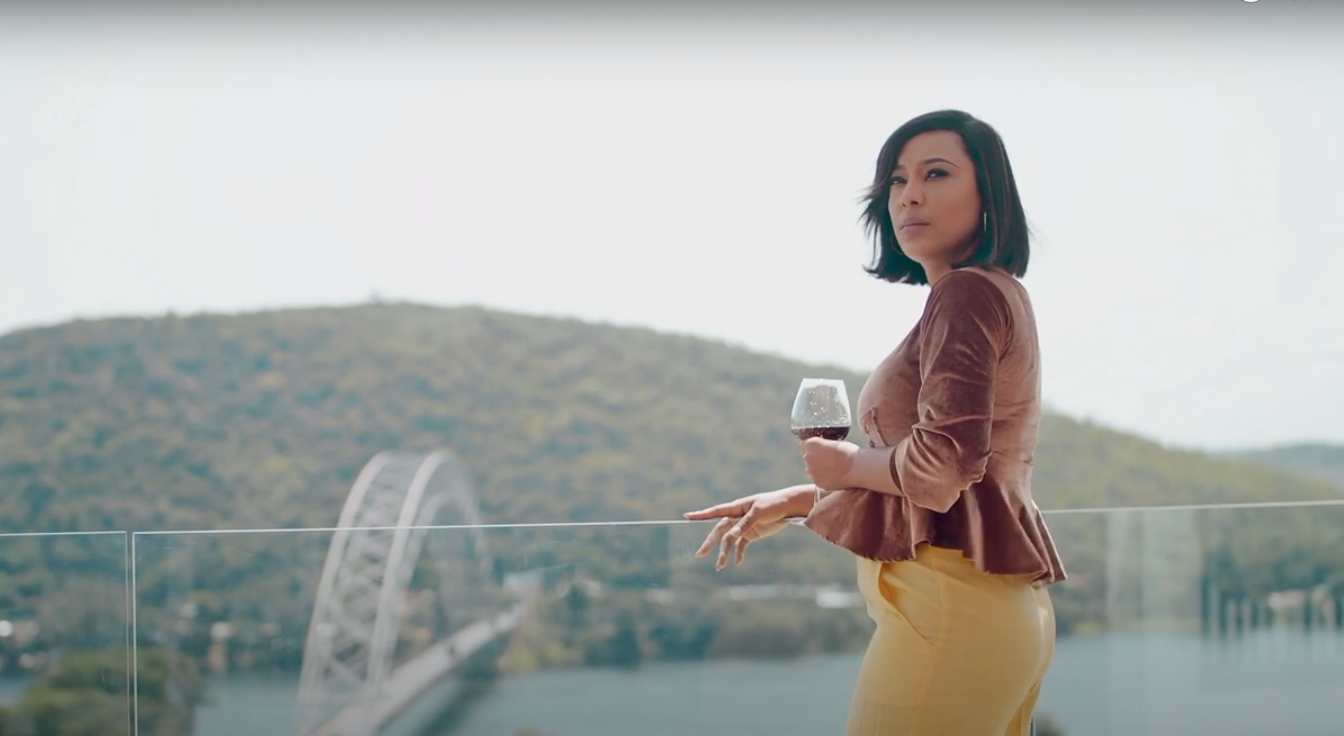 The series ‘High Currency’ centers around the suave goal oriented financial closer Naa Shika Hammond played by the beautiful and talented Nikki Samonas. She is the top business executive at Crystal Bank and intends to stay at the top. She will do anything to bring in clients and their business even if it includes going away on a weekend with them and her biggest tool is her body and she uses it as she pleases. But is she a victim of her circumstances? Is the corporate world that demanding with high and close to impossible targets?

The series with its plot is intended to explore the relationships between love, money, power, sex and social media in a contemporary world. The first season promises a total of 26 episodes that would take viewers on a journey into the world dark dealings of the banking and investments sector were the lines of corporate and morality and constantly blurred.

In the first episode that premiered on Wednesday 20th July 2022 we get a sense of the dynamic between Naaand her college Efua (played by Salma Mumin). It is clear immediately that the two dispose each other and their dealings. Naa takes the office rivalry further when she steals and closes a potential new client who has been in Efua’s prospects. Certainly, that wouldn’t be the last we hear about this issue between the two since the season just started.

In the second episode Naa gets a brief scare when one of her sexual partners cautions her to go take a HIV test. Efua overhears the conversation and armed with that information proceeds on a social media onslaught which are subliminally directed at her.

The rivalry and competition between those two are certainly going to be the anchor that holds down a lot of the drama that this series intends to offer. Hopefully, it doesn’t run stale after a while. Will the competition and intensity go beyond just the office and affect their personal lives?

The first two episodes also introduces us to Tracie Anane (played by Helen Lois), the ambitious and not so easily pleased boss. She runs the office fiercely and is strict on deadlines and targets.

Overall, the series certainly has the look and feel of an upbeat financial drama. The pacing so far is also right as we are only now getting introduced to the characters and as their strengths and flaws are subtly being revealed.

The visual aesthetics carefully inundates the somewhat flashy lifestyle of high-income earners and big spenders. A lot of the entire season is expected to be scenes from within the offices of Crystal Bank. The production team seems to have nailed that set and lighting design well enough to complement the ambiance that would expect to have for a bank.

Judging from the first two episodes released so far, the TV Show looks to be very engaging and likely to become a fan favorite for the working class because of the story it tells. There hasn’t been any Ghanaian telenovela or series that is purposefully set in the world of business, banking and investments that captures in good detail the drama and tensions of persons working in those sectors the way ‘High Currency’ has. Perhaps, that would be its selling point and hopefully it continues to deliver as the show progresses.

The show has a good blend of known/popular faces and new/fresh talents as well.  Over the course of the season, we are certain to see some appearances from some big names as well in some of the episodes The cast also includes Joshua Fordjour, Kweku Elliott, Habiba Sinare, Angela Adubofuor, Kobina Sam, Kingsley Yamoah, Amma Krampah and Sitsofe Tsikor.

I would score the series so far 4 out of 5 stars. Hopefully, we get to see more of the central characters individual stories and situations and how they are all tied in together both in and out of their work environment.

The show which is produced and directed by Kwabena Gyansah and his Ananse Entertainment film production outfit airs on Wednesdays and Thursdays at 8:30pm on Akwaaba Magic on DSTV Channel 150 as well as GOtv Channel 101.

You can also catch episodes of ‘High Currency’ available for streaming on SHOWMAX.