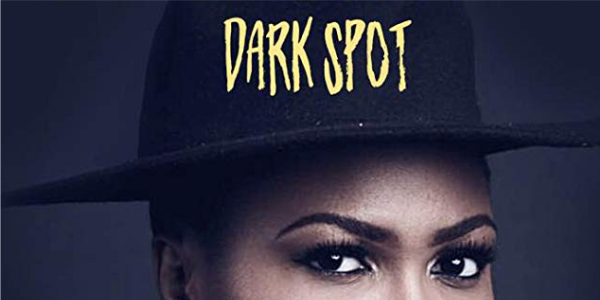 MK Content recently held a public screening for “Dark Spot”.  The about 10 mins short film written and directed by Sandra Essel centers on a married couple, Garry (35) and Verona (29). Garry is torn between his not so secret addiction to pornography and his love for his wife. Verona finds out the reason behind her husband’s inability to satisfy her sexually and choses to have a secret affair of her own. With the relationship on the rocks they must each be willing to bare it all to make things work.

The themes in this film are enough to spark a healthy debate and dialogue between any couple. As it is sure to leave any group of viewers split and undecisive on opposing sides as to who is wrong in the situation and why.

The film opens with Garry (Daniel Kojo Delong) walking in on Verona (Sitsofe Tsikor) in the act with her lover (Awudu Adamu Zaaki) in their kitchen. The “steamy” opening is enough to get anyone’s attention but the tempo slows down when the couple find themselves in the counselling room and the plot is broken down.

The cast all give a decent account of themselves as talents who should be given some attention on the big screen. With veteran, Akofa Edjeani Asiedu showing more of her pedigree without having to outshine the others she shares the scene with.

For a directorial debut, Sandra Essel shows that she has an eye for drama that falls in place using decent dialogue. The main relation between the story being told and the films title could easily be missed if you do not pay close enough attention to the dialogue in this film.

We would have loved to see more hostility between the couple that leads to them going to see the family lawyer for counselling. Or better still, it could have been some good drama if tempers had escalated in the counselling session. Besides, the issue of infidelity in marriage is not something anyone would be well composed or subtle in handling. Maybe that could have helped extend the film a little bit whilst also revealing more about the personas of both Garry and Verona as well as possibly better explaining their choices and decisions that led to their relationship deteriorating.

Worlasi’s music serves its place well in this film’s scoring. It was used well in accentuating the dialogue and the revelations in the film adding more drama and intensity to especially when the pace of the story seemed to have slowed down.

I would rate this short film 3.5 out of 5 stars. Its enough to make you want more to see more of the story. And it also does a decent job at delivering its message; we all have our dark spots and sometimes the only way to make a relationship work is by accepting these imperfections.

Dark Spot is definitely is short film that could be well developed into a feature to better highlight its message. We hope the makers are considering that and we would love to see it happen.

MK Content intends to embark on a screening tour with this film within the year so be on the lookout for it and do well to see it when you get the chance to. If you have already seen it, kindly share with us your thoughts and views on the film and its message in the comments section below #fortheloveoffilm.