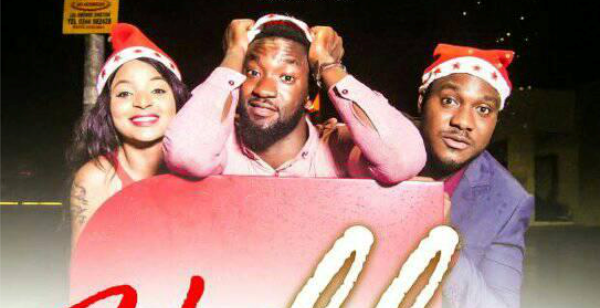 The opening shot is a beautiful aerial vista of the Adomi Bridge at night time accompanied by some an indigenous music. Which immediately sends your mind into a frenzy trying to figure out what kind of story to expect from this film.

Then it slowly transitions to the opening act with Anthony Woode waking up in a vengeful mood and a voice over that sort of prepares you for something possibly spiteful.  The story then begins and your mind settles on the subjects of love, revenge and redemption as the probably the underlining theme of this film.

The intensity jumps from a 0-100 in the less than 3 minutes and as the tension builds quite rapidly. With all credit going to the screenplay and directorial approach used by Kobi Okyere Jr.

Besides that, the performance from the two center characters in the film does a good enough job at keeping you attentive through the length of this short film. There is a reason why a lot of noise is made about these two guys; Anthony Woode and Jeffery Nortey. They seem to give us reasons to celebrate by backing the hype with enough talent. An enough reason to believe in them with any chance they have gotten so far. Their talent and limitless potential in an array of roles and personas are subtly displayed in this short film.

On the other hand, we were a bit let down by the unexpected twist which led to a climax that didn’t really give any explanation to what we felt was a powerful opening act. In the end, the entire film felt a bit like a group of talents making an effort to remind us of how good they are whilst giving us a glimpse of what more they could do if given the chance and resources.

We would rate this film 3 out of 5 stars for its intensity and its success at leading us on and then confusing us at its climax with that unexpected shift in its thematic direction. The swerve took nothing away from the quality of acting and directing but only made waste of the intense vibe the screen play had built right from the start.

If “Hello December” was a feature length film would want we to see it? Certainly, we would love to. Not just for the talent that these two young actors bring to bear under the steer of Director who isn’t yet on our radar but also #Fortheloveoffilm.

Watch “Hello December” below and share with us your thoughts on it as well.