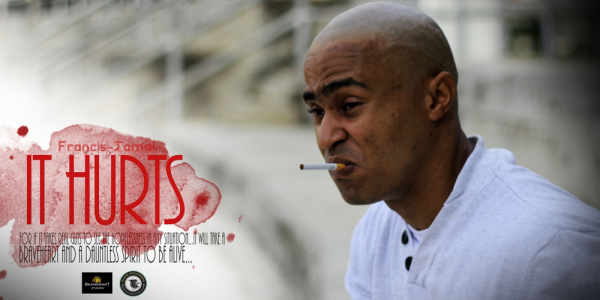 Someone recommended that we watch this short film to see if it was any good and we weren’t disappointed at all by it. Any film is only as good as the story it tells and the message it delivers.  It’s evident that stories have an important role in the formation of our lives. They stimulate, amaze and more often than not, inspire us to be a better version of our crude selves.

This short film gives us a look in to the life of David (played by Francis-Jamal Slocombe), a university student whose life is on a downward spiral as he battles with substance abuse. He tries to find consolation for his self-destruction using his parents failed marriage as an anchor.  In a constant state of depression, we watch David seeking a regular high so he can mentally relieve himself of the weight of his burdened thoughts.

This story unravels using a narrative monologue from David as he battles with his inner demons to detail the situations in his life that led to his addiction.  We get to see him struggle to find solace in the one thing we all often fall back on to in any bad situation we find ourselves in……finding others to blame than ourselves.  And it is endearing to watch. You could almost feel his pain as he slowly reaches rock bottom whilst gradually losing his mind.

The message is this short film is clear and strong enough that you can’t miss it. It’s packaged into about 18mins run time which is compelling enough to make you want to watch it again.  It’s easy to forget everything else when you find yourself engrossed in story that does not only captivates you but reminds you that things can get worse only if you let it.

With a father who chases girls old enough to be his own daughter and the death of a mother who crumbled under the strain of being a shamed wife, would drugs save you enough to make things right?

Substance abuse is bad and can’t be justified regardless whatever circumstances that led to it.

This is a short film worthy of being turned into a full length feature film.

So we share with you…  It Hurt’s… Enjoy and don’t forget to share with others as well.