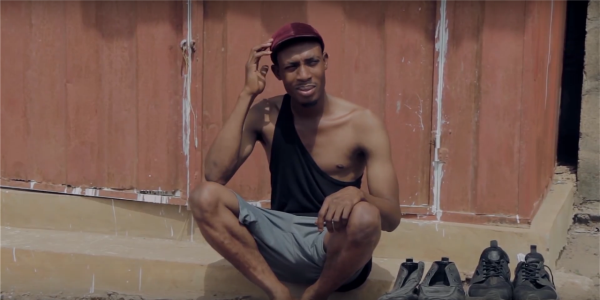 The power of a film most often lies in the message it conveys and how it delivers on that message. A lot of the times most films we get to see loose the potency of their intended message only because the story line went too far in telling very little in too much time. There are those too that go straight to the point and leave the viewer wishing for more or leaving many unanswered questions.

Especially in the case of short films. This short film written and directed by Clement Koffi Amoah in about 4mins drives home a pretty much important message on the backdrop of an everyday situation. People fortunate enough to enjoy certain privileges in life are usually quick to look down and judge others who appear beneath them. “My Job” in it simplistic form and approach speaks that much volume in this regard.  It finds a way to moderately awaken feelings of empathy as a basic human characteristic. It also reminds us to be appreciative of whatever craft or skill that provides for our needs and not to look down on others who might not be as fortunate as us for one reason or the other.

A better part of the film uses virtually no dialogue but just decently captured visuals to tell the story. You have to depend on the facial expressions of the two subjects to make more meaning of what happens in those few mins. The main visuals were accompanied by an western orchestra style sound score  which subtly complimented and enhanced the acting in this film.

The major let down for this film was the sound in the final scene with dialogue that we felt could have been better treated.

We rate this short film 3 out of 5 stars for its message and the precision on the delivery of the intended message. Clearly a “no budget” type project, this film still succeeds on its intent. We would definitely be paying attention to subsequent projects from the director.

Watch “My Job” below and share with us your thoughts on it as well. Also, be on the lookout for Clement Koffi Amoah’s second feature film project “In 3 Days” on the 3rd of February 2018.

Watch “My Job” Below

Short Film Review: RUNNING …. “I Am A Child, Not A Bride”