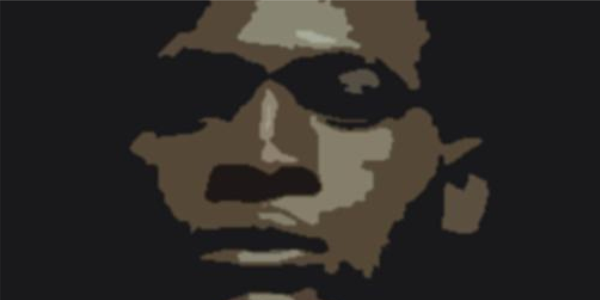 It is no surprise that “Life!”, a short film by Ramesh Jai and Apex Advertising & Post Production is getting selected for several international film festivals. A good film is appreciated by many regardless of its origin especially when it carries a message this relatable.

“Life!” is an emotionally moving story about Kweku who moves to the city with the hope of securing a better life for himself and his family back home. He faces several challenges and falls too many times till he’s pushed to the point of suicide.

The lead (played by untrained actor Daniel Kwame Frimpong) communicates so much with his looks, facial expressions and his ironic composure without uttering a single world throughout this film. We get to somehow share in his pain, understand his frustration and endure in his confusion with each step he takes. Maybe it’s because this a story many young adults on this side of world can relate to. But it is still a story that transcends beyond Africa.

The responsibilities of being a young adult can be very overbearing and life can be this harsh and unruly for anyone. With weights of uncertainty and misfortune that could drown you to the point of entertaining suicide. We are all fighting some battle of our own and maybe that’s life’s way of reminding us that we are only human and can’t have it all.

This short tells the story of many through just one person. Life would break many of us if not all of us at some point. And its up to us to keep finding ways of reminding ourselves never to lose hope. Fortunately, this film does a decent job at doing that in its own unique way. Even at Kweku’s lowest point, pushed to his wits end, life still finds a way to prevent him from having what he wants. A huge lesson for us all and a glaring reminder that… “life still goes on” no matter the situation.

Shot in Accra, the night scenes made good use of a mix of orange and some blue tints that helped capture more details in the shots, especially in the face of the subject, Kweku. The lighting perfectly communicated the tone of the entire film giving you a feel of the mental states of emptiness, failure loneliness and dejection that he goes through.

We also get to share in the frustration of his family as they continue to mount pressures on him. Also very close to what anyone can imaging it to be like in any circumstance similar that of his.

This short film deserves a 4 out of 5 stars rating. It is powerful enough with its message and delivery. You tend to get inspired by it and has a unique way of reminding us never to give up regardless of the challenges life throws at us.

Although we would have loved to see a climax in the story were Kweku’s fortunes turn for the better, this film with its about 4 minutes run time is enough to give anyone hope. Hope that it is not over, no matter how low you’ve sunken.

We would still love to see this same story in a feature length though.

If you’ve seen “Life!” do well to share with us your thoughts on it in the comments section below. If you haven’t then you are missing out on a good one and #fortheloveoffilm you should do well to check it out any chance you get.