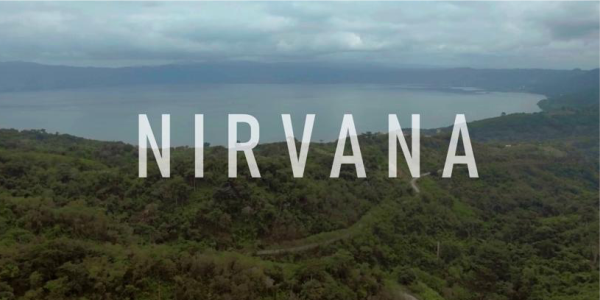 This year’s Black Star International Film Festival opened with so much anticipation to see ‘NIRVANA’. There’s no denying that the trailers and snippets we had seen over the preceding weeks had teased the love of film in all of us.

In the film, Nyanu, a 12-year-old boy desires to attain the highest level in education by winning “The Queen’s Scholarship” to study abroad. The boy’s father objects to the son’s education and forbids him to ever go to school. Nyanu devices his own methods of learning and take the exams against the father’s will. After, Nyanu passes the exams and gets the scholarship to travel to England.

On a voyage to meet his facilitators, the boat capsized and his fate is unknown. Nyanu’s father sets off on a daring journey to rescue his own.

Nirvana, is an absolutely stunning short piece capturing vistas along the Volta whilst telling an endearing story. The cinematography from William Kojo Agbeti in this film was flawlessly done, beautiful to say the least. The shots are well composed and contribute a lot to the story being told. There is pain, confusion, anxiety, surprise, distress, calm and beauty all captured in good detail in the shots used.

The meaning of the title, ‘Nirvana’ casts a symbolic contrast on the situations the characters find themselves in. They are trapped by their plight and search for an escape to freedom. For Nyanu, his is to get a better education that could turn their fortunes around. Whilst for his father, it’s to see his son become a great farmer and possibly a better version of himself without wasting time on education. Their quest to find what their own idea of what bliss is pushes them to the brinks of their existence.

The two at the centre of the film who we later found out had never acted before prior to this, were spot on and powerful in the delivery of their characters. The power and gracefulness in their expressions hooked us on well from start to the end of this short.

The film although not a feature, has enough to spark conversations about the state of education in the country and the idea of the ‘white savior’ mentally it seems to drop passive aggressively. Either which way, the message is straight to the point yet still subject to debate and interpretations.

The screenplay and editing style used is clearly non-conventional. The experimental style used gives you chance to better absorb and appreciate the sights and sounds of the film’s setting whilst slowly digesting and making meaning off its message. Albeit, the climax also sends you on a mental journey of its own trying to find answers to your own ‘what if’s’.

Perhaps, the biggest let down of this film was that it ended without fully exploiting the possible depths the story could have led us to. But regardless, we absolutely loved this short and would rate it a good 4 out of 5 stars for how well it was made, the power being the visuals and the story telling.

It wouldn’t be a bad idea at all of a feature length version of this film is made, where the characters and their situations are fully exploited and developed. If there ever was the doubt if we are capable of telling endearing stories of our own, Nirvana should be enough to convince any on of the prospects of Ghana’s film industry.

We are looking forward to what else Richard Governor Owusu and the rest of talents who worked on this film decided to make and would not hesitate to go see it.

If you were at the opening ceremony of this years Black Star International Film Festival and got to see this film, share with us your thoughts on it in the comments section below. We are quite certain this film would do well on the festival circuits for quite some time, so be on the lookout for it for an opportunity to also see it.