Short Film Review: “That Night” - With the Zylofon Arts Club 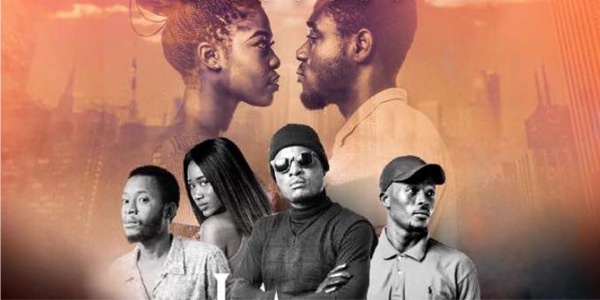 The future of our film industry depends on the actions we take now and the efforts put into grooming young talents into taking up the mantle as we continue to up the status quo. It is our duty collectively, to make sure these young talents succeed and do not repeat the same mistakes as done in the past.

The Zylofon Arts Club was set up on that premise and it’s been our keen interest to see what impact they make with that initiative in between all the noise.

We believe this premiering of the a project by the “Team B” of their film division headed by Eddie Nartey, was purposefully to show us they are actually putting in some work.

The featurette written and directed by Eddie Nartey, “That Night” tells the story of a fun filled night that ends gloomy after a group of young adults after having a night out having fun decided to spend the night in a hotel. Nana Agyeman Jnr (a rich arrogant young man) ends up killing Dzigbordzi (a reserved gullible girl), the girl he hooked up with whilst attempting to forcefully have sex with her. With the help of his friends and the backing of his very wealthy father they must find a way to cover up the situation.

A pretty much basic story that was well told with very well delivered character development, directing and good acting from the fairly young casts.

Daniel Tetteh who plays the role of Nana Agyemang Jnr delivered well enough on his role as an arrogant son of a rich man. But he isn’t far from the equally good performances from his co-stars, Dede Martey, Kevin K.B, Dina Sandiba, John Tijani, Kweku Acheampong and a host of others. Together they put up decent performances that held the films plot together tightly.

The presence of seasoned actor Kofi Adjorlolo provided that additional spice in this film. His pedigree as an actor did not cast a huge shadow on the young talents. He gelled well enough to make their individual performances standout as well as collectively succeed at telling this interesting story.

The artistic choice of making the film in black and white although very genius was a huge risk as well. A risk that seemed to have more or less paid off.

Color can be a distraction at times but then color most often does a better job at giving all the details that we need to see in the film. Especially considering that the human eye is naturally conditioned to see things in full color. We seem to feel we would have better appreciated the cinematography and the detailing used in some of the scenes if it hadn’t been for the greyscale choice of editing. Obviously, this film was shot with lighting techniques which didn’t fully complement the idea of a black and white finish in some scenes.

We think this film deserves 4 out of 5 stars. For a featurette it does very well at keep you engaged for its about 44mins runtime. An in the end, it leaves you wanting more of the story.  You are left wondering what else happened in the story and how further it could have gone.

Overall, it’s a good feeling knowing that these new talents are under the guidance of a seasoned actor /director and are getting well-groomed for the arts. It’s quite comforting to know that the Zylofon Arts Club is indeed serving its purpose of training and giving professional help to budding talents in the art and the entertainment industry.

If you missed out of the premiere of That Night, be on the lookout for when next it would be showing anywhere in the country or most likely on Zylofon TV.

If you did get to see it, do well to share with us your thoughts and opinions about it as well in the comments section below.