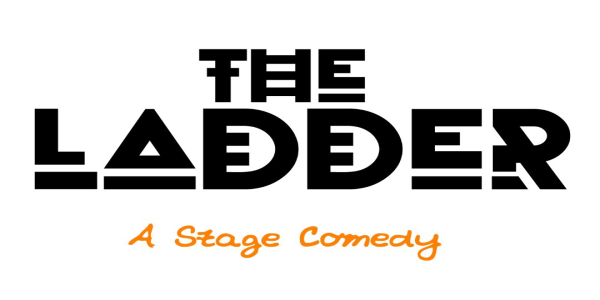 Hardwork and dedication can never go unnoticed if you ask anyone who made it to last night’s staging of “The Ladder“ at the National Theatre by Nyansapo Productions.

After getting served an Accra High Court injunction that legally prevents them from staging their initially advertised “National Science and Math’s Quiz Stage play” only a day before, anyone would have thought there wasn’t going to be a show and tickets would have to be refunded. But they held up to their promise of leaving patrons intoxicated with humor.

The Ladder is an educational satire that focuses on a group of technical students and their teacher as they prepare for a technology exhibition. As the students try to use all means to come out as winners of the exhibition, the play details how most technical students in high schools are thought to behave.

It’s amazing how the production team  was able to pull this one off against all odds and successfully put on a show that did not only entertain the audience but also throw some light on some social and economic loopholes sinking our educational systems.

With rib cracking performances from Janeral Ntatia, Clemento Suarez, Foster Romanus, Pearl Dakey, Doctor So and the others, there was never a dull moment on stage from start to end for each of the showings.

Throughout the play it was clear that the performers had the heart to laugh and make fun of their own situation as they used the word “Injunction” in several acts/scenes of the play. That is exactly what satire is supposed to be about, finding the lighter side of every serious situation without being brash or uncanny to the powers that be. After all, science has proven that laughter is the best medicine for stress. And Nyansapo Productions was determined to serve us all with the right doses.

The biggest highlight of the play was the act that hysterically mimicked a WWE fight with impressions of WWE superstars, John Cena and Randy Orton.

We the GhMoviefreak team as well as the audience was certainly left impressed and entertained by the time it had ended so much that we had even forgotten that this wasn’t the play we had  originally thought we had come to see.

The production was however hugely flawed by some Very unpardonable sound glitches. All throughout the play, there was either bad feedback from the speakers in the auditorium or the characters were not audible enough. We are however tempted to attribute that to the possible pressure the production crew might have been under trying to salvage the situation and not disappointing their fans.  Our only hope is that if “The Ladder” is ever staged again, it wouldn’t be flawed, production wise.

We would give this stage play a very well deserved 8/10 rating considering all the efforts put into it. The show must always go on and Nyansapo Productions lived up to the bill.

But for hard work, dedication and commitment an almost cancelled show was salvaged was kept alive and successfully put together by these talented comedic actors.

In case you missed all two showings of Saturday night’s showing of “The Ladder” be on the lookout for when next Nyansapo Productions would be staging this play and also what exciting plan they have for Ghanaians this September.

If you were at either of last night’s showing of “The Ladder” do share with us you thoughts on the play in the comments section below.

Stage Play: The “Prison Graduates”- As told by April Communications