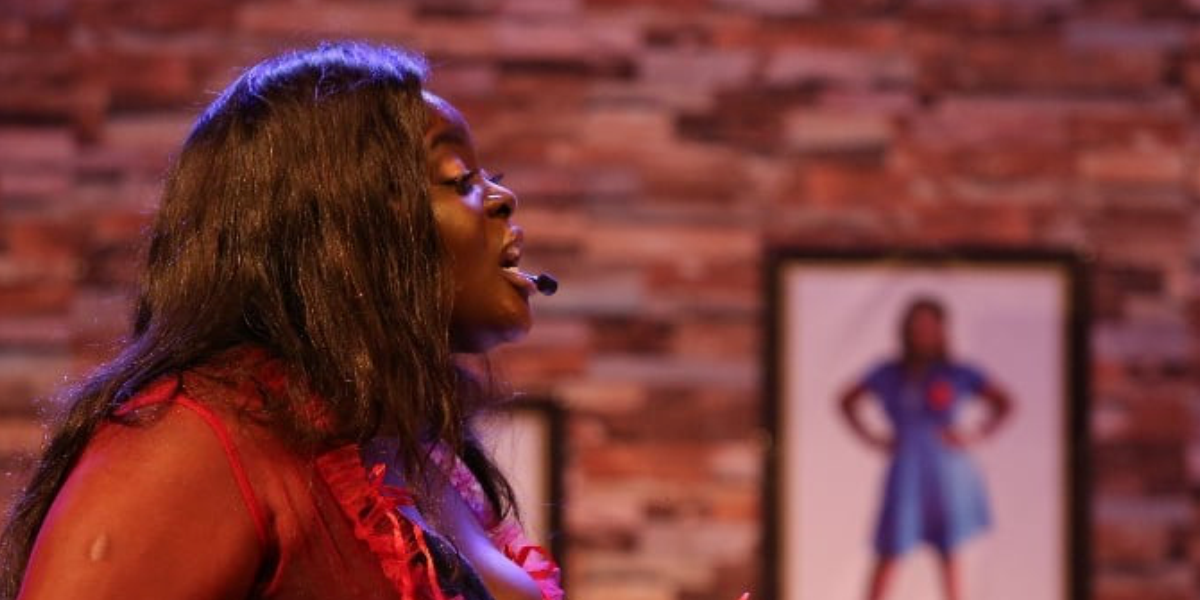 In the play ‘The Secret Code of Wives‘, George and Jasmine have been married for twelve years. They are both very successful lawyers who have done well for themselves career-wise. Their once happy home is thrown into disarray when George meets Liza, a girl he accidentally splashed water on. He is convinced he has fallen in love with her and wants out of the marriage so he can go be with Liza. Jasmine agrees to give him a divorce with a few very simple but complex demands. Her real intentions are to try to convince George that their marriage can still work.

As the play progresses we get to understand from each partner’s perspective what the other might have done wrong to get them in this quagmire contemplating divorce.

George reveals at some point that his wife didn’t believe in him anymore and interpreted some of her actions and statements as her looking down on him and his achievements. After all, every man wants to be a hero in his woman’s eyes.

Jasmine also appears to have her flaws as well. She comes off as a bit too overbearing and controlling. And even in her attempt to fix their marriage, her simple demands seem too much for any man who has already checked out mentally from his marriage. But she is committed to at least trying to make it work even if it means accepting Liza as part of their lives.

Both characters George and Jasmine have their moments under the spotlight with either a snide remark or cheeky hilarious response.

The banter between the couple is intense, exciting and hilarious as well. Even when it gets too emotional there is always something to make you laugh. And the laughter is always resounding and timely.

You can’t help but appreciate the creativity that went into finding humour in this somewhat dark and emotional situation of a failing marriage.

The biggest highlight of the play is Ernestina Twumasi Awuah, she certainly is an all-rounded triple threat. Her acting and delivery are equally mesmerizing and divine as her singing. She is an absolute delight to watch in this play and is well on a way to becoming another favourite on the Roverman stage.

Uncle Ebo Whyte, the playwright and director explains with this play why he believes that “A good wife’s secret code is to cover and protect her husband”. We see Jasmine do that for George in this play in many ways.

But do men really want to be protected? Or do men even appreciate that protection?

This is certainly one of the plays every couple, either married or planning to marry has to see. The tumultuous nature of marriages and the toll it has on our mental health be very difficult to navigate around even for the most well-prepared couple. This play doesn’t have all the answers but it certainly would be of some help. There are enough lessons to learn for everyone. There are also several conversation-worthy topics raised that would be great for couples to have as they prepare to take the step into marriage. These conversations are sometimes very important and need to be had regardless.

Besides all that, ‘The Secret Code of Wives‘ is a very good two-man play. It’s entertaining and certainly well-produced by the Roverman productions team. I wouldn’t hesitate to score this is a perfect five stars as it checks all the boxes for me. Even long after the play had ended, there are were several golden moments there were very well stuck in my head and will occasionally pop up and cause me to smile.

You too can catch Uncle Ebo Whyte‘s ‘The Secret Code of Wives‘ at the National Theatre on Saturday 4th and Sunday 5th December with showings at 4 pm and 8 pm each day.

You can also watch it as part of the slate of plays for this year’s festival of plays.