Teaser: Have a first look at the '3 Cast' film 'The Bridge and the Gaps'. 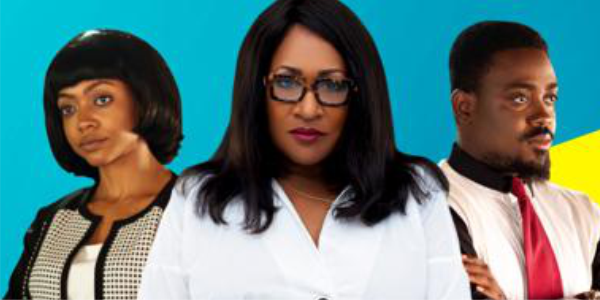 Get ready for an intriguing 3 cast film that focuses on some of the challenges that comes with marriage and relationships.

The synopsis according to the makers reads,

‘There are differences being greater than the attraction between them. Mr and Mrs Johnson’s decide to seek the help of a Councillor about their marriage that has been deprive enjoyment and fulfillment. Mr. Johnson, been a typical African with that male ego doesn’t want to disclose his material troubles with a third party.
With his unvoiced fears of loosing his wife and helpless as turtle on his back Mr. Johnson finds himself succumbing to his wife request as a “bridge” to the situation of their problems.’

The film written and produced by Seacrest Anan is set completely in in one room and stars only Jasmine Baroudi, Toosweet Annan and McKinney Hammond.

The Bridge and the Gaps (2019) is directed by Idowu Okenyi.

Do well to join GhMoviefreak as we go watch and review this film at the Silverbird Cinemas on the 20th of September 2019 with tickets selling for 30ghc.

Official Promo Artwork, The Bridge and the Gaps (2019)