TEASER TRAILER: Get Ready To Be “BREACHED”, Another One From the Cine-god 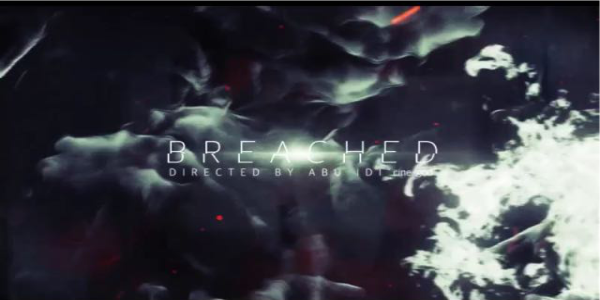 If you follow Director Abu Idi’s work, you would notice that he is tagged “Cine-god” for a very good reason. He plays well on selling suspense and thrill that makes you want to see a movie more than just once. He has already graced us with “Casper’s Energy”, “Heaven” and “You May Kill The Bride”.

We have “BREACHED” another one from the Cine-god to look forward to.

Blessed with a rich dad, a loving husband, and constant support from two of her husband’s best friends; Yvonne thought she had the best of the world’s men in her life. Until her husband gets arrested and detained abroad; a sudden series of discoveries of foul play from all angles sets her life on a flipped roller coaster as she realizes each of the men harbors a secret that connects either one or all four of them to another secret.

Now it’s time for to get tried, tested and pushed. People either break or loose once the once a seemingly unbreakable BOND is BREACHED. And this time it’s revelation against forgiveness in a triangle were the strongest of love tastes its fair share of shock! Can love win on this one ?

It’s a drama intensified with irony and suspense. This is a film that you should definitely look forward to seeing.

Watch the official teaser trailer for “BREACHED” which has just been released below to whet your appetite further.

VIDEO: Transformers: The Last Knight, Trailer Has Been Released