What You Should Expect In “The NEW Adabraka”, Zylofon Films' First Outing 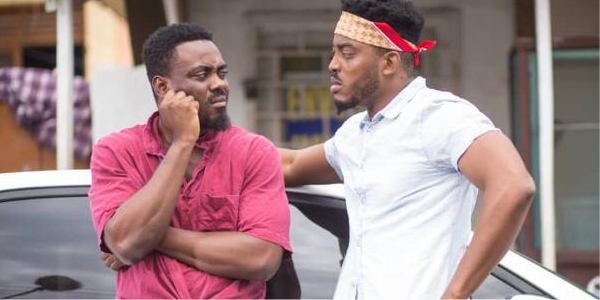 After the very long wait we finally get to see what Eddie Nartey and his Zylofon Film signees have been up to. They are finally ready to grace us with their first film which is titled “The NEW Adabraka”  written and directed by Zylofon Film’s A&R, Eddie Nartey.

“The current economic challenges in the country has led a lot of young men into self-destruction. While a few employed toil to make a cedi, many of the youth are taking shortcuts to make money through any means and one popular trade among the unemployed youth in Ghana is internet scam.”

The movie centers on three unemployed friends, ESCOBA, SEAN JOHN, & GENIE who are involved in internet scam game. They don’t only lack money but have lost respect among their friends. For this, they visit the holy shrine of MAMA GLIZDI but the task involved before their riches is horrendous and yet ends in embittered consequences.