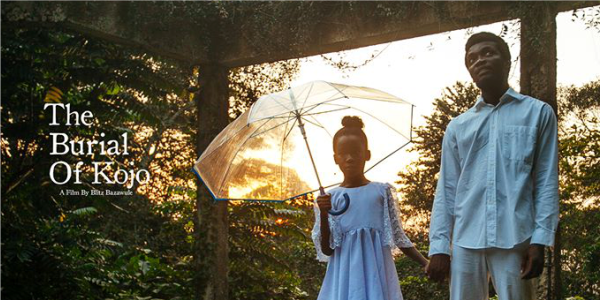 The 22nd annual Urbanworld Film Festival went down September 19th to September 23rd and Ghanaian film “The Burial of Kojo” was one of the film that screened at the NYC event.

A post on the official Facebook page for the film reveals that it was awarded “Best Narrative Feature” by the festival’s jury.

We have all cause to be excited by the win, considering that the Urbanworld Film Festival is the first festival the film is showing at worldwide.

The Burial of Kojo follows the tumultuous relationship between two brothers, Kojo and Kwabena after Kojo causes a car accident that tragically kills Kwabena’s bride on their wedding day. Kwabena in turn, devices an elaborate plan to seek revenge on Kojo. He lures Kojo to an abandoned mine, knocks him unconscious and leaves him in the mine shaft to die. Kojo must survive with no food and water, while his wife, Ama and a Detective race against time to find him.

The feature film debut of director  Sam Blitz Bazawule (Blitz The Ambassador)  has also been officially selected to premiere in Brazil at São Paulo International Festival happening from Oct 18-31 and would be followed by a Q & A.

We will patiently wait for the Ghana premiere hopefully before the year ends.

The Burial of Kojo – Official Artwork for Brazil