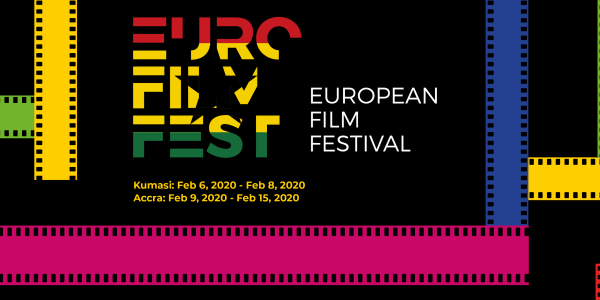 The European Union is organizing its first film festival in Ghana, dubbed ‘The European Film Festival Ghana’. The festival will take place from 6th to 8th February in Kumasi and 9th to 15th February in Accra.  The Festival will showcase 25 selected short films from Ghana and the diaspora as well as 10 award-winning European feature films. The films have been categorized under five themes – Love, Activism, Environment, Storytelling and Identity. All screenings are free of charge.

The festival officially opens in Kumasi at Alliance Française Kumasi on 7th February, with the award-winning and Oscar-nominated film ‘Honeyland”. The following day, 8th February films will be screened all day at Kejetia market.

In Accra the festival opens at the National Theater with the film Cirkus Rwanda. The screening will be followed by a Q & A with the producer of the film Marek Novak. In the following days films will be screened at Goethe Institute, Panama Park and SilverBird Accra Mall. The Ghanaian short films to be screened include “Azumah the Ghanaian Hero”, “The Fisherman” and “Rising Star”. The European films include “Maradona”, “Balloon” and “President from the North”.

In addition to the screenings, European experts will run free industry workshops at the National Film and Television Institute (NAFTI) in Accra (advance registration is required) as well as industry panel sessions with Ghanaian filmmakers and their European counterparts at the Goethe Institut, Accra.

The European Film Festival Ghana is organized under the auspices of The Delegation of the European Union to Ghana and supported by the Spanish, Italian, Hungarian, French, Maltese, Danish, and Czech, German, Dutch and Irish embassies as well as Goethe Institut, Alliance Française and the British Council.

You can find the full schedule and more information on our website www.euffghana.com and social media @euffghana.