‘The Single Diaries of a Jozi Girl’; A web series You Would Absolutely Fall In Love With. 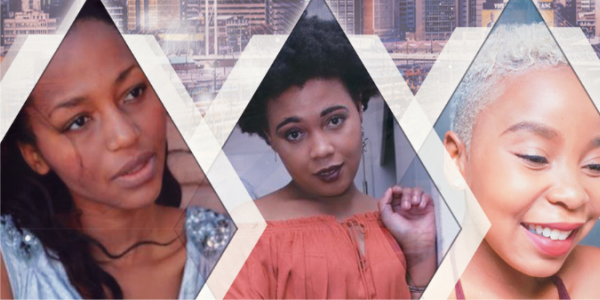 Kuumba Media, has an interesting web series on their platform for you to see titled ‘The Single Diaries of a Jozi Girl’. The first episode premiered on Wednesday is already being talked about by many.

The series was created, produced and directed by Tshego Monaisa who is the head of MonaLisa Productions as and adaptation of her romance novels, focuses on the lives of 3 single ladies and the challenges that comes with them finding the right person to love.

There is Lesedi, a dancer who is dating her dance partner, Nicholas. When she realizes that Nicholas considers her nothing more than a “dance partner with benefits,” she breaks up with him. She meets Thato, an investment banker who is so into her but when Thato asks Lesedi to open up a dance school together, would she go along with the idea or is it the whole experience with Nicolas happening all over again?

And there is Mmule, a daddy’s girl who wants to be a writer but her mother and sister, Lerato don’t approve of her career choice. Her father is however, supportive of her. Lerato sets Mmule up with her colleague, Patrick but it turns out he has a secret he’s not yet ready to share. Will they both be willing to be honest with each other? And how far will it take them?

And finally, there is Tracey, a gorgeous confident 29-year lady who hasn’t been on a date in ages. She’s worried that if she turns 30 whilst still single, she might have to resign herself to life as a spinster. She is desperate to settle down, so she decides to go on a date with anyone who asks her which sees her go on a number of dates with hilarious and disastrous consequences. Will her journey to find herself a man be any less challenging as the other ladies?

The Single Diaries of a Jozi Girl, really does provide insight into the lives of many modern-day ladies in not just the urban centers of present-day South Africa, but possibly mirrors happenings in the lives of many young ladies across the globe.

It also shows beauty in many forms and personalities with the characters used to tell the story.  They are all imperfect in one way or the other but they are very relatable and identifiable. It’s also commendable how comfortable the cast appear in their roles, making it much easier to relate to their stories and situations.

The episodes of this web series are broken down in bite sized averages of about 8 to 9 minutes making it easy to follow and digest.

Watch the First Episode of ‘The Single Diaries of a Jozi Girl’ below and subscribe to the Kuumba Media channel to see subsequent episodes as they are released.

Tshego started working independently as Scriptwriter in 2015 and has written for numerous sitcoms, drama series, telenovelas and daily soaps, including Isidingo, Isibaya, Hope, Ikhaya, Ga re dumele, My Perfect Family and Thuli no Thulani to name a few.

We are excited to see how the rest of this web series turns out over the cause of its first season and we absolutely rooting for the ladies on their quest to find true love and happiness.

If you have checked out the first of ‘The Single Diaries of a Jozi Girl’ share with us your thoughts on it so far and don’t forget to subscribe to see the rest of the episodes.

Watch trailer for The Single Diaries of a Jozi Girl Below

Superfam Set To Return With Another Hilarious Stage Comedy, ‘ACCRA WE DEY’