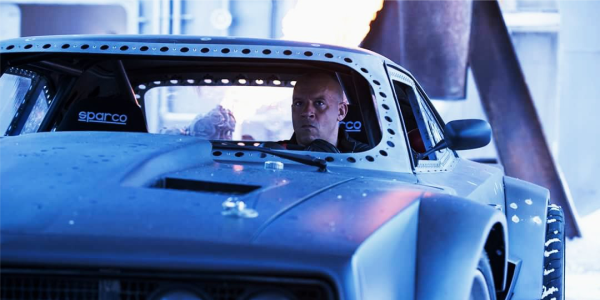 After Months of rumors, teasers and behind the scenes footage, the official trailer for the next installment in the Fast & Furious franchise is here. And this one has been titled, “THE FATE OF THE FURIOUS”.

You could almost feel the heat with this very exciting new title. The entire series has always awed us with adrenaline-pumping action, mind blowing vehicular stunts and daring high speed chases. It looks like this installment is not only stepping it all up, once again, with their seamless fool proof formula,   but possibly giving us a different outlook on our favorite team.

Watch the official Trailer at the bottom of the page, but make sure you check out the official synopsis, right below.

“Now that Dom and Letty are on their honeymoon and Brian and Mia have retired from the game—and the rest of the crew has been exonerated—the globetrotting team has found a semblance of a normal life.  But when a mysterious woman (Oscar® winner Charlize Theron Furiosa from Mad Max: Fury Road) seduces Dom into the world of crime he can’t seem to escape and a betrayal of those closest to him, they will face trials that will test them as never before.

“From the shores of Cuba and the streets of New York City to the icy plains off the arctic Barents Sea, our elite force will crisscross the globe to stop an anarchist from unleashing chaos on the world’s stage…and to bring home the man who made them a family.

The film is directed by F. Gary Gray  who is credited with one of 2015’s hits, Straight Outta Compton.

The Fate Of The Furious races into theaters on April 14, 2017, boy, that does feel too far away doesn’t it?

We sure this would only make you miss Paul Walker some more.