Trailer Alert: Here’s A First Look at “Lucky” and Why You Shouldn’t Miss It. 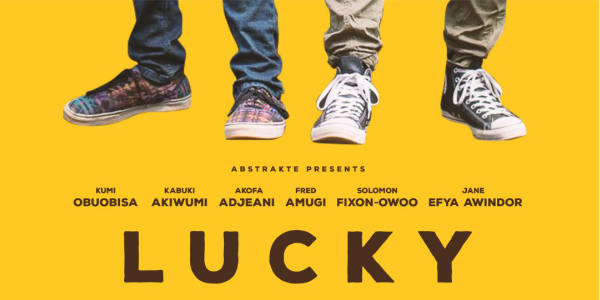 Although not as loud on the digital spectrum like others on this list “Lucky” is one of those films that gets your attention with the simplicity of its title. Who doesn’t want to be lucky?

We did some digging and we were lucky (pun intended) to find some interesting details about this project. This feature film details the events in the life of a university student called Lucky, who tries to sell a laptop so he could afford to go on date with the girl of his dreams. The sale doesn’t go as planned and threatens to affect the course of his entire life if he isn’t lucky enough.

Clearly another decent example of thinking outside the box when it comes to the story lines of Ghanaian films. The director Togbe Gavua in an exclusive conversation with us describe this project as a perfect tragicom, that is a good blend of tragic and comic elements.

Togbe Gauva who is behind Abstrakte Studios, we believe is slowly carving a niche for himself with his totally abstract\unconventional (in some sense) style of storytelling. If you have no idea who he is, then take a moment to check out Pappy Kojo’s Nyame Bra, music video. We believe it clearly defines what Abstrakte is all about.

Check Out the official trailer for Lucky Below, and make sure you don’t miss this one.

Trailer Alert: Here Is An Exclusive First Look of What To Expect In “Beautiful Mind”