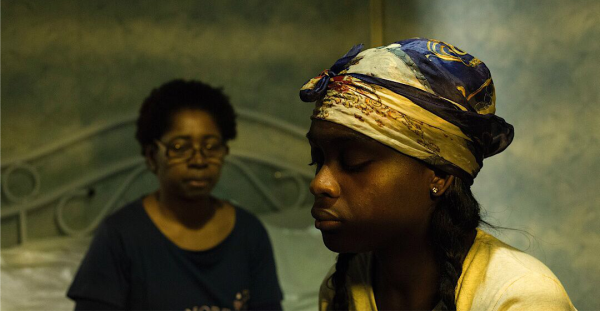 Chocolate Colored Sweetheart is a heart-warming story about a Nigerian mother, who teaches her nonchalant British-born Nigerian-Zimbabwean daughters the importance of self-love. In a world that capitalizes and profits from our insecurities and the faults we find in ourselves.

Written, directed and produced by Stacey Darkwaah Duah, a British-Ghanaian filmmaker born on April 5, 1997 to Ghanaian West African parents residing in the United Kingdom. A talented wordsmith, screenwriter and film director hailing from the North London Borough of Islington and an alumnus of the British Film Institute’ Film Academy.

Chocolate Coloured Sweetheart (2018) marks her directorial debut. She’s revealed that the concept of the film came after a conversation she had with her younger sister about her unfortunate experience(s) of colourism.

“At first, I found it quite difficult to relate to what my sister was saying seeing as, although I’m not light-skinned myself, my younger sister is a lot darker than I am. So, I’ve never experienced colourism in the same way that she has, which meant that I didn’t understand or relate to a lot of what she’d been through and was saying” she explained.

The film incorporates themes such as, the necessity for self-love, unity, family, sisterhood, motherhood, identity and friendship within the story.

Judging from the trailer, the film promises an emotionally driven ride that is sure to carry a weighty message.

We will do well to update you further on release and screening details as and when they are confirmed #fortheloveoffilm.

What You Should Expect In “The NEW Adabraka”, Zylofon Films’ First Outing

‘AZALI’ Set To Be Released In Tamale on the 12TH of OCTOBER.