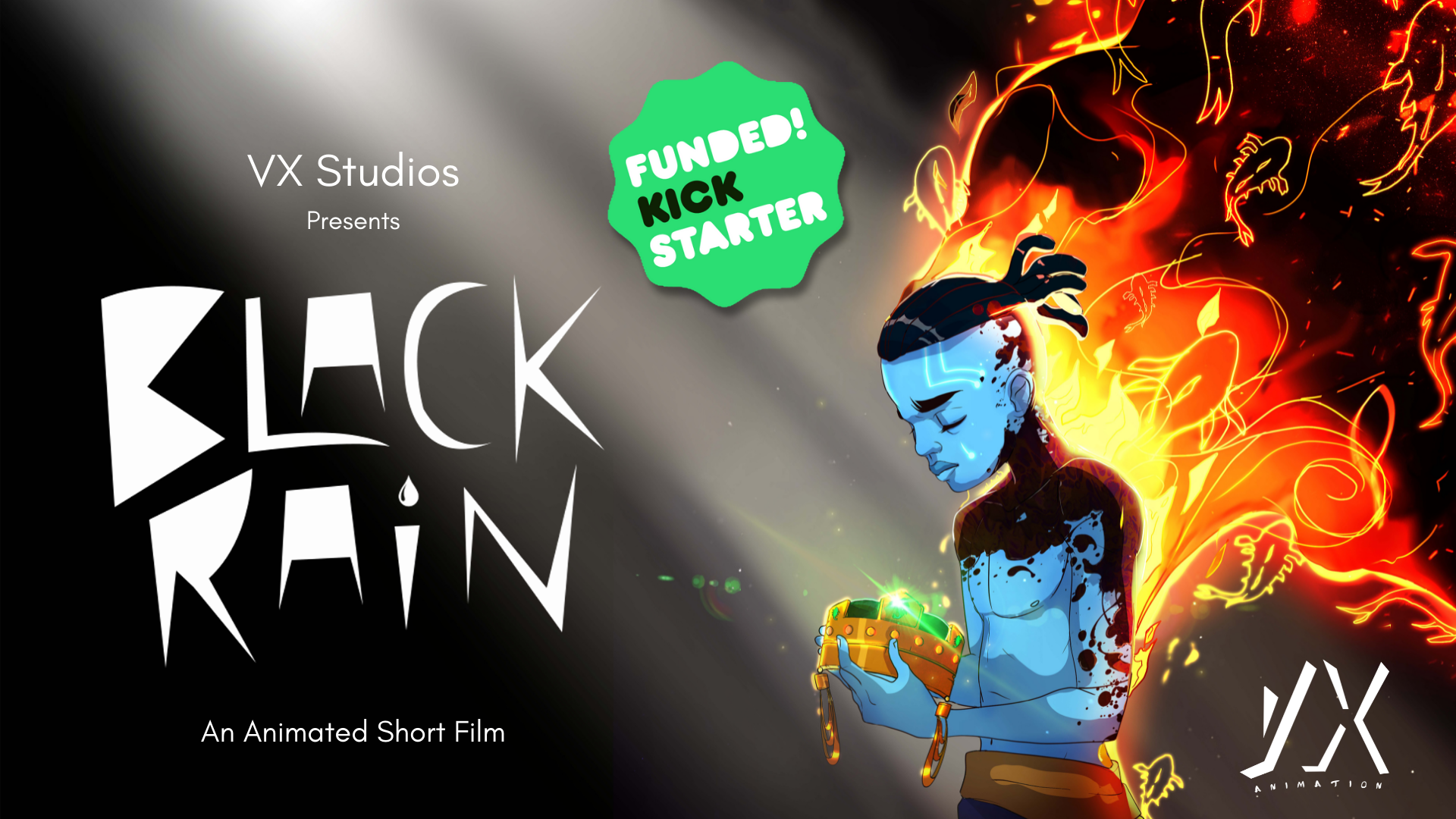 BLACK RAIN is an Afro-futuristic, 2D animated 8 minutes short film about Esan, a planet under siege by a corrupt conglomerate, and is told through the eyes of a young child named Boubini. The story is inspired by the tragic events of the IJAW tribe in the Niger-Delta, Nigeria hit by an unprecedented environmental disaster caused by a company’s oil spills.

The kickstarter campaign was started in February 2022, it has currently reached its initial goal and is edging towards its first Stretch Goal.

Donors supporting the production of the short film will help bring awareness to the under privileged children and members in the polluted region. BLACK RAIN is really about using animation as a tool to bring about positive change in the environmental sector.

Black Rain intends to cast one of Nigeria’s highest grossing film and television stars Deyemi Okanlawon to voice one of the characters.  Award winning actress and Nigerian film actress Hilda Dokubo has also been mentioned as one of the voice actors for the animation film.

VX Animation is a Nigerian-based animation studio dedicated to creating authentic, and compelling animation. With award-winning animated films screened across the world and recognized in the global press, we continue to push the boundaries of our craft bringing the spotlight to Africa while creating value for an emerging industry.

To back Black Rain head to https://tinyurl.com/2p8eb8yh

META Africa Cinema Forum To Be Held In Accra Ghana In November 2022.