Watch This: All What You Missed At The Recently Held NFA's Pitch Series Webinar 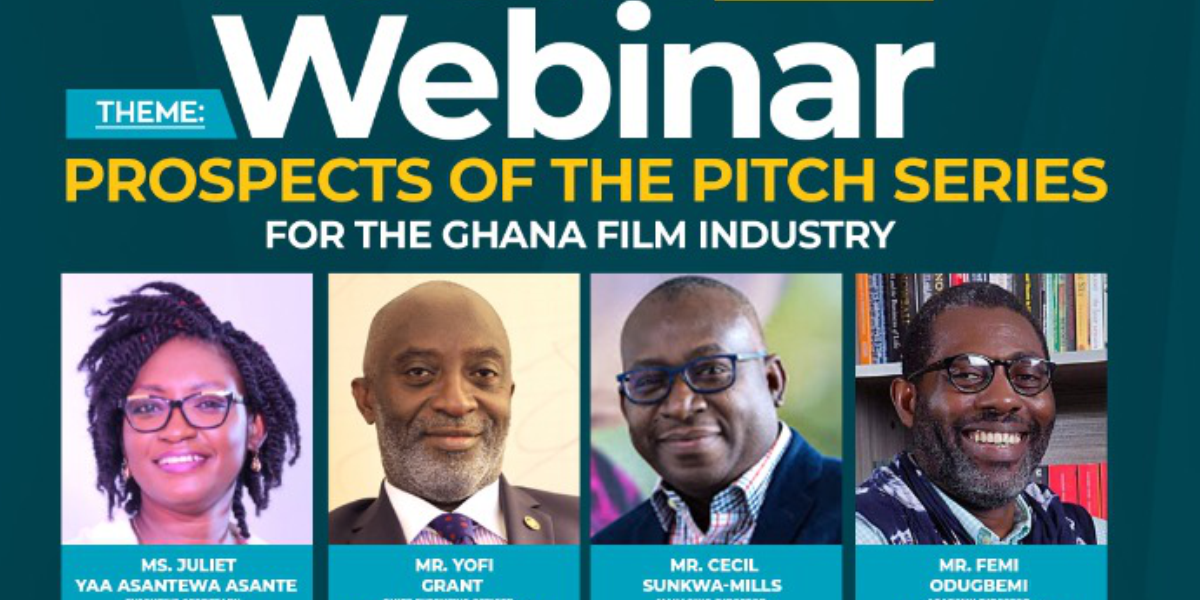 Last Wednesday, 22nd July, the National Film Authority put together a Zoom Webinar as part of its 2020 Pitch Series.

Juliet Yaa Asantewaa Asante described the submissions to the pitch series as ‘captivating’. ” We have content ranging from thousands of dollars to millions… one of the submissions we have is targeting over 5 million dollars or so” she further revealed.

When asked about if Ghana has content or products that can sell and compete with Nigeria’s Nollywood, Femi alluded that Ghana’s has the talent and the storytellers and only needs an enabling environment for the industry to thrive. He said, “The Multi-choice talent factory is trying to make sure that the talent we have are empowered and given the opportunity to understand what best practices are not just in the creative process itself, but how the creative process translates into a selling process”. “There is storytelling, and there is story selling” he further revealed.

The conversation also highlighted the importance of cinemas in the value chain of film. “One of the things we need to bring back is the cinema.” Cecil Sunkwa-Mills said in his submission. “Imagine we had two cinemas in every region… and the impact of it in terms of the revenue it would be able to generate” he further elaborated.

If you missed it, You can watch the FULL NFA Pitch Series Zoom Webinar below.

The speakers also hinted that there are a plethora of investors in the country and urged creatives to be well prepared and persistent. They also touched on the prospects of setting up a state of the art film studio and a film and theatre school not just to empower local creates but also make the Ghanaian film space inviting enough for international productions.

The pitch series would also be used as a platform to nature creatives on the right ways to package and pitch ideas to prospective investors. Yoofi Grant stressed, “There is no point in making a perfect product (film) if it is not sellable.”

Submissions for the pitch series are currently being reviewed and vetted by a select committee of persons who cover various aspects in the value change of the film business. And selected projects would be pushed onto the next stage of the series where the creatives would be prepared and groomed on how best to sell their ideas to investors.

The NFA seeks to hold a yearly pitch series as part of its mandate to steer the Ghana Film Industry into better waters.