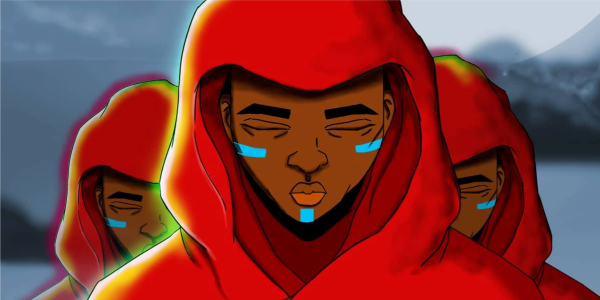 After the successful premiere and release of “Notes of Arema” young animator Winni Adom returns with an animation series titled “The Muhalashi Knights”.

The story is set in the fictional West African state of Ase-Tide without King for about 40 years, pummeled into lawlessness. A group of intelligent scribes in the country who have the right by law to select monarchs decide to crown Queen Nobio the granddaughter of the late last king. The people accept her a Queen and ruler of the country but they are angry about the drought, she consults her advisors “The Muhalashi Knights” who come from the tribe of Muhalashi. They Inform her of a secret cave in the mountains not far from the country’s capital called the mountain of Royals. There they discover a lot of hidden text and scrolls from centuries ago that is how they begin to develop their country.

The animation series would be released online by NUSIMILON studios, starting 22nd September 2018 and it expected to have 10 mins per episode.

NYANSAPO PRODUCTIONS RETURN WITH “IF GOD IS GHANAIAN”