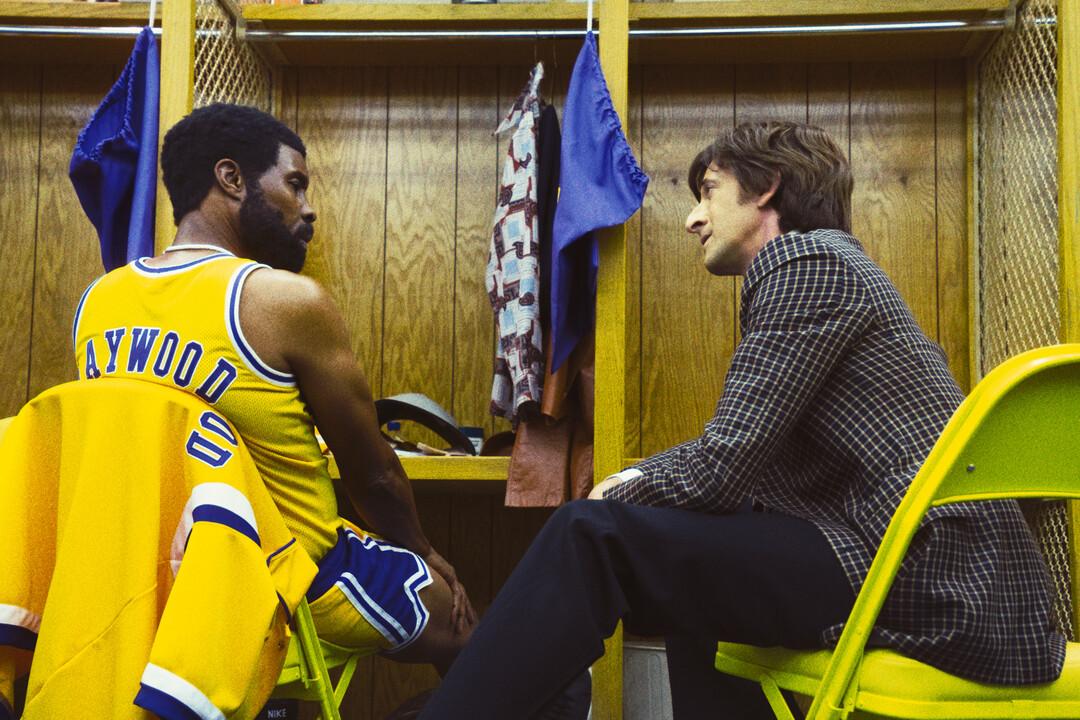 One of Rotten Tomatoes’ Most Anticipated Series of 2022, HBO’s sports drama Winning Time: The Rise of the Lakers Dynasty is now available to binge on Showmax.

Winning Time dramatises the professional and personal lives of the legendary players and coaches of one of basketball’s most revered and dominant dynasties – the Los Angeles Lakers, a team that defined an American era, both on and off the court.

“Most people think of the NBA now as one of the biggest sports leagues in the world, but in 1979, the NBA was bottom of the barrel,” explains Oscar winner Adam McKay (Succession, Don’t Look Up), who directed the series pilot. “Winning Time picks up where Dr. Jerry Buss is buying a team in a league that some people aren’t even sure is going to continue.”

Although the Lakers were already an established and formidable team, the arrival of Buss (played by Oscar nominee John C. Reilly from Chicago, Boogie Nights, and Magnolia) changed everything, beginning with the audience experience.

“Jerry thought, ‘This is a great game,’” says Reilly. “‘All you have to do is make a place that people really want to come to, and make it entertaining.’”

“[Jerry’s] goal was to make it like theatre, and to just have it be a high-energy night and event,” says Critics Choice Award winner Jason Segel (Forgetting Sarah Marshall, How I Met Your Mother), who plays coach Paul Westhead. “It became where you needed to be if you wanted to be seen.”

On the court, it was Coach Jack McKinney (played by Critics Choice award nominee Tracy Letts, from Ford vs Ferrari, Lady Bird), who helped instal the Lakers’ killer fast break offence. “Just the pace alone made the game so much more exciting to watch,” says Reilly.

Of course, the magic ingredient was the players themselves, headlined by the likes of Kareem Abdul-Jabbar, Stormin’ Norman Nixon and the man many fans still consider the greatest point guard of all time, Earvin ‘Magic’ Johnson.

“Buss was looking for showmanship, and there was no player better suited to that than Magic Johnson,” says series writer and co-creator Max Borenstein (Godzilla vs. Kong). As Reilly puts it, “Jerry and Magic shared a sense of obligation to the audience to entertain.”

Finding the actors to step into the players’ oversize shoes was no mean feat. In addition to convincingly capturing the essence of their larger-than-life (and still living) subjects, the actors had to be athletic, and very tall – 1.8m (or 6 ft 2 in) is considered fairly short for a basketball player. And, they had to be able to move – both on the court and off.

At the show’s Los Angeles premiere, McKay revealed that the casting process was “one of the greatest challenges I have ever encountered. How do you cast Magic Johnson? How do you cast Kareem Abdul-Jabbar?”.

The team got lucky with actor DeVaughn Nixon (Snowfall, Runaways), who stepped up to play his real-life father, Norm Nixon, but filling the other iconic roles would take a wide net, and a willingness to bet on unknown talent.

They finally found their Magic Johnson in former college football player and screen newcomer Quincy Isaiah, who had been for hundreds of auditions and was about to throw in the towel and join the military when Winning Time snapped him up, while professional basketball player and educator Dr. Solomon Hughes makes his acting debut as Kareem Abdul-Jabbar.

But could the actors deliver the goods on the court? An intensive basketball bootcamp with show consultant and former Laker Rick Fox tested them to the limits, and then basketball tech Idan Ravin, known as The Hoops Whisperer, came in to nail down the characters’ iconic playing styles.

Inspired by Jeff Pearlman’s no-holds-barred book Showtime: Magic, Kareem, Riley, and the Los Angeles Lakers Dynasty of the 1980s, Winning Time has an 84% critics’ rating on Rotten Tomatoes, with the critics’ consensus saying, “Winning Time pairs a larger-than-life roster of characters with whiplash style to deliver an absolute slam dunk.”

Vogue declared it “the escapist sports drama we need now,” while Rolling Stone called the show, “a hell of a lot of fun to watch.”

HBO has already renewed Winning Time for a second season.

Related Topics:ShowmaxTop Story
Up Next