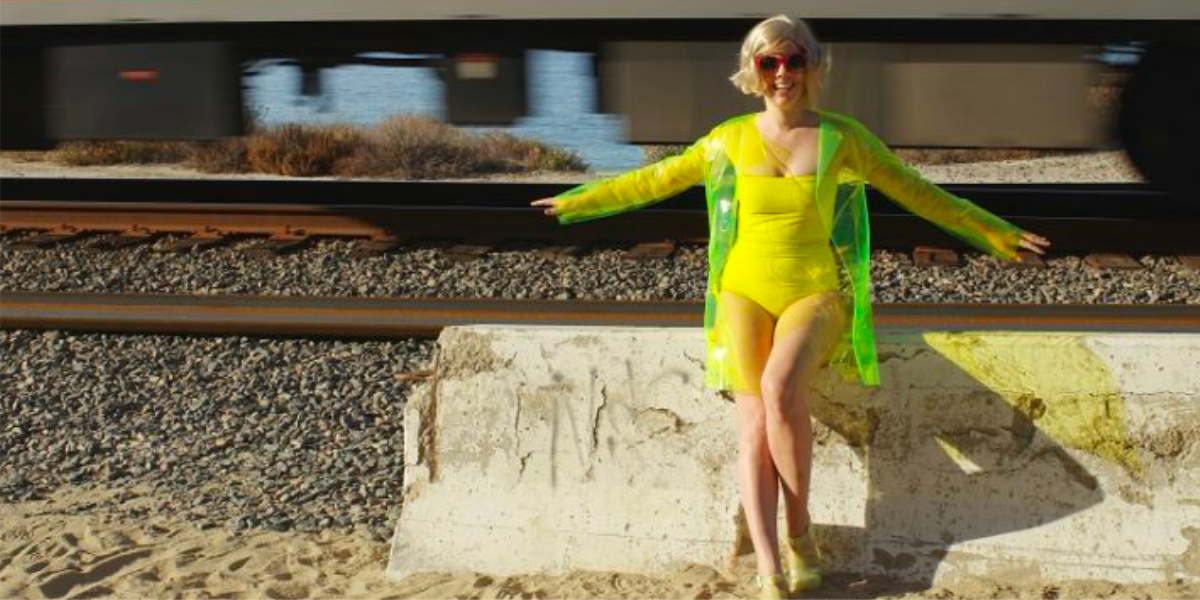 Queen of Paradis is a documentary film that details the buildup and the creation of Reine Paradis’ latest photo series which she calls “Midnight” before its debut at a Los Angeles gallery.

What’s most interesting about this film is the fact that you don’t have to be an art lover to appreciate this masterpiece. By the end of the film you get a better sense of who Reine Paradis is her unique style of creation.

She sketches the ideas, meticulously creates the necessary props, scouts for the locations for the shoot, immerses herself into the character as the subject of the shoots and then edits the images to complete the idea she conceptualized.

She refuses to compromise on her ideas making it more challenging to execute. It appears as though the more difficult it is to get the shoot done, there more committed she is to seeing it through.

With a bright blue color and contrast of neon green we get to see how she sees the world. Her artistic expressions are daring and risky to say the least. It’s either she is walking around in the desert trying to pick the perfect dune out of thousands, climbing up a giant heap of salt or scaling a fence to access a restricted area just to get the perfect shot.

The images she creates are minimalistic but has a dystopian feel to it as well. She expresses emotions of introspection, solitude, confidence, joy and the need for escape in her pieces. The painstaking process of creating her art is testament to her desire to give out her all.

The choice of original music used to score this film also adds an extra touch of otherworldly surrealness to the film. The tone is set right especially in the situations that are clearly risky for Reine to execute the perfect shot. You can’t help but allow yourself to be held captive and engrossed in Reine’s process of creating art. Your heart rate is taken along on the journey as well as the sense fear and risk heighten.

The final artworks become a reflection of her inner self and the emotions she tries to communicate. But in they are still subject to your own interoperations as they unintendedly appear very relatable.

Carl Lindstrom who directs this film is also a subject in it. He assists her by taking the photographs and does well not to compromise on getting the perfect shot either.

He is clearly supportive of her very daring ideas and its beautiful to see that extents he is also willing to go to make sure that Reine gets exactly what she is looking to achieve with each image she sets out to create. Clearly, he is a firm believer in her creativity and that’s evident in how this film was put together.

You get to see actual footage of how her concepts and sketches are done. How the props and costumes are designed and put together as well as the tedious search for the right locations for each of the shots she intends to create. There is some beauty in all this struggle to create her art and Queen of Paradis captures it all in full color.

Each image she creates tells a unique story and comes with its own adventure but this film helps to connect the dots and you begin to see how each of them are linked. You are compelled to appreciate her art some more.

Queen of Paradis, directed by Carl Lindstrom is currently enjoying a limited release in Los Angeles theaters but is also available for purchase and rental on Amazon Prime and other digital platforms.

If you are an art lover, this is something you must see. It certainly is an inspirational and motivational journey that every creative needs to experience.