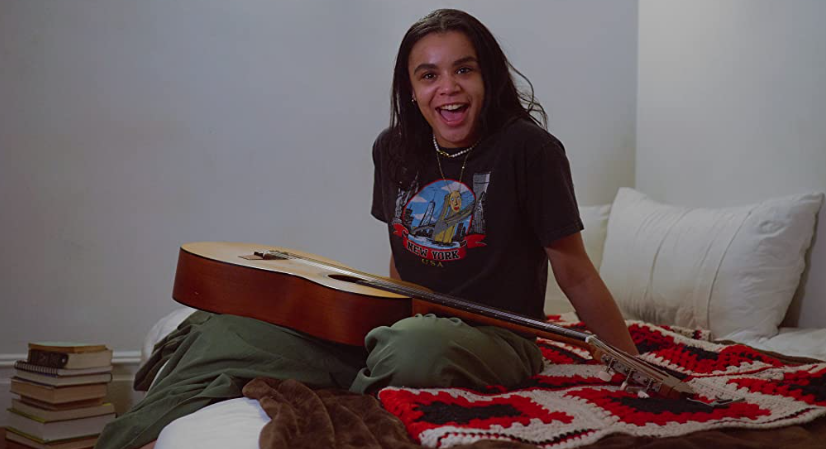 Sex, Love, Misery:  New New York is a candid documentary film about love, sex and relationships between young adults living in New York. The film focuses on a group of people living in NYC as they share their thoughts and beliefs about dating

The subjects are introduced to us quickly in a fashion that we get to know enough about them and they beliefs about love, relationships and sex in the quickest possible times.

Aisha seems like the main subject or focus in the film. She seems to get more screen time than everyone. She is more engaging and very open. She doesn’t hesitate to speak her mind and clearly enjoys being under the spotlight. She does save most of the documentary with her naturalness. At some point it feels a bit more than watching a reality tv show where she is the star that gets followed around by cameras. She talks about how she has not been in a proper relationship since high school. However, she is excited about meeting Emile who is part French for the first time.

After the two meet we can see the spark and enthusiasm from both parties. They clearly seem to have hit it off. But it is not all rosy. They share more about their relationship and themselves in their interviews.

There is also Jack a stand-up comedian who is trying to get with Izzie. These don’t hit it off as smoothly. Their first date is essentially a disaster and Izzie doesn’t fine the comic amusing at all. And there is Troy a dread-loc wearing musician who also trying to get with fitness coach Camila.

The film is entirely back and forth interviews from each of the subjects. We never really get to see each of them in the company of their love interest sharing a genuine moment or interaction to fully appreciate their perspectives. Interestingly also, there isn’t any intention to give us enough details about their backgrounds and specific upbringing to sort of give us a better appreciation for their choices.

Some of the conversations and revelations from the subjects in the documentary seem so candid you would think they were staged of scripted to give you more to like about this documentary. At one point Aisha even talks about Emile going down on her whilst still in her period, on their first night out.

Disappointingly, there is nothing said or implied about being safe when it comes to sex. Even though that might not exactly be part of the focus of this documentary, for many, safe sex is important. And it would have been nice to see it re-hushed even if subtly in this film.

In its 68 mins runtime, Shannon Alexander’s film gives you are decent idea about what the dating scene in present day New York seems like. You are given a fair glimpse into the minds of single persons, their thoughts and explanations from love and relationships. Even though it does not attempt to offer a thorough enough road map to navigate through the complexities of relationships, it sure does give you fair enough warning.

By the time it ends you are not sure if any of the couples would really continue to stay together. You can’t immediately tell if any of these relationships will work or if you should even hope that they would. Nonetheless it is enough that you get to in some ways live within the moment with these guys and their experiences.

Sex, Love, Misery: New New York, is exactly what relationships are meant to be engaging, hassle free and fun.

I would score this film 3 out of 5 stars.