Ghana’s First Sci-Fi Film; All You Need To Know About ‘Adam The First’ 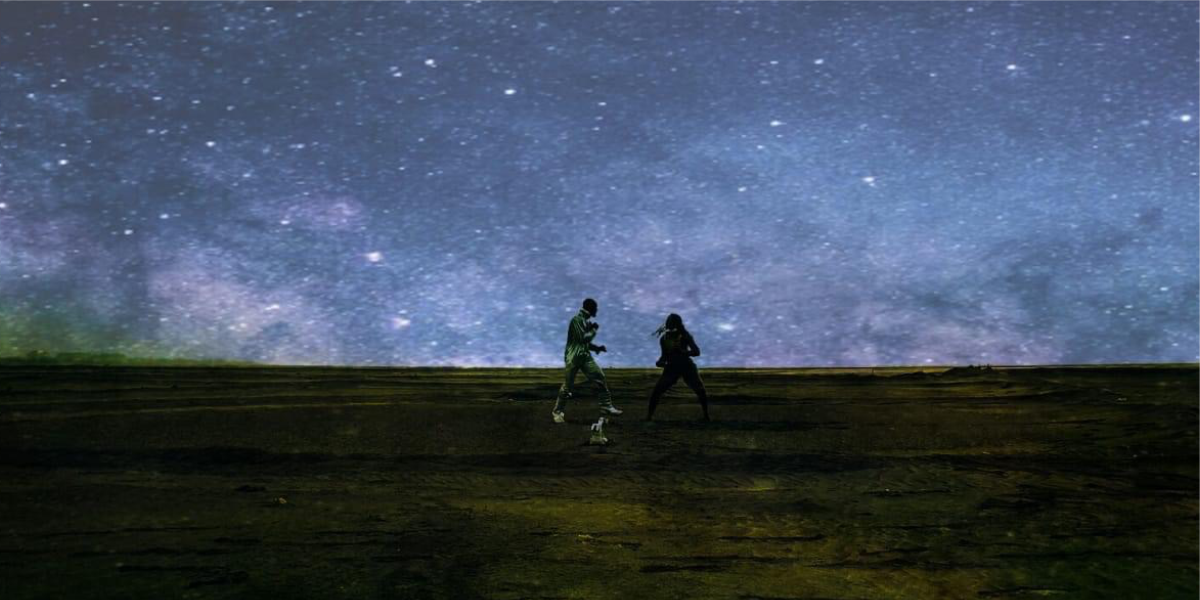 Regardless of how things are going now, 2020 really does feel like the year things take a turn for the better for the Ghanaian film industry. It is clear that we are likely going to see many firsts.

We started the year on a good note with Pascal Aka’s first of its kind ‘Afro Noir‘ film, Gold Coast Lounge that tells an interesting period piece with political and socio-economic undertones. And then there was Peter Sedufia‘s AloeVera, the romantic comedy that set a box office record in the West African region on its opening weekend with just two screening venues.

Clearly Adam The First is poised to be another pacesetter after all that we have seen and heard about it so far. Also considering that nothing like this has been seen yet from Ghana.

The film’s synopsis reads as … “Adam arrives on Tiamat, a world supposedly with no life forms, with a mission to activate an ancient outpost in a bid to start a process that will one day save his people. All is not as it seems”.

Writer and director M. Sayibu describes the film as “a journey of self-discovery and revelation”. He further explains “and as the name suggests, we follow the journey of a man, the first of his kind, as he explores the cosmo to find a new home for humanity”.

The exclusive reveal at GhMovieCon2020 (Ghana’s Maiden Film Convention) in January gave patrons a first look at the film’s progression, behind the scenes and an unofficial teaser trailer.

Sayibu‘s credits include, Slumber Party, The Northern King, This Line of Work and the yet to be released Men Don’t Cry.

Bex lead actor and producer believes ‘it will show that we as Ghanaian film makers can break new bounds and are not confined to a certain narrative.’

The film is purported to have taken 2 years to complete shooting with principle photography wrapping up in March 2020. It features Agbeko ‘Bex’ Mortty, Naa Ashokor, Majeed Suhuyini, Samira Suhyini and Jacob Zibidee Ayanaba.

The makers are optimistic that they are on schedule and prepared for a possible release later this year.

Bex as Adam The First