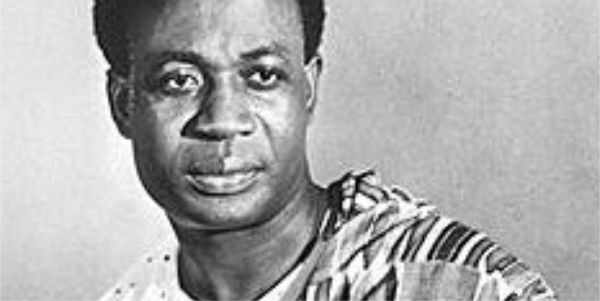 Ghana has many stories of very distinguished personalities and events that have shaped the history of the nation. These are relevant stories that Ghanaian filmmakers should take up and put into film.

Filmmakers in other countries such as the UK, USA, China, India, Germany, South Africa and the like have made it a point to tell their people and the rest of the world the stories of their history, important personalities and events that have made significant impact in the development of their respective countries’. There have been films on personalities such as President Abraham Lincoln, Martin Luther King Jnr, William Shakespeare, President George Washington, Queen Elizabeth the first and second, Martin Luther King, Altdorf Hitler, Napoleon Bonaparte, President Nelson Mandela; events such as the two World Wars, the French Revolution, the American Civil War, the abolition of slave trade, the Biafra war and many other events.

The story of Osagefo Dr Kwame Nkrumah is of enormous importance to the independence struggle of Ghana, Africa and to all people of Africa and people of black heritage. He was one of the founders of the Pan Africanist movement which was formed to liberate Africans and people of African heritage from oppression. His legacy continues to live on until today. Ghanaian filmmakers should challenge themselves to take up his story to produce a biopic of this illustrious son of the motherland. Fortunately, I am aware of an upcoming biopic of Kwame Nkrumah by one of our legendary filmmakers, King Ampaw which is titled The Son and Sun of Africa (which I would like to be a part of lol). King Ampaw re-echoed this point when he made a speech after he was awarded for his contribution to Ghanaian cinema encouraging government, stakeholders and all to support the making of this film at the 2012 NAFTI film lectures awards night (thechronicle.com).

Ghanaians are storytellers and have told tales of their culture, heroes and events for hundreds of years from generation to generation before the coming of the Europeans. We should continue to tell our own stories through the medium of film and not wait for foreigners to do it for us. We should not wait for a Hollywood biopic of Kwame Nkrumah or any other Ghanaian personality or an important historical event. Some people will argue that filmmakers in our part of the world may not have the financial might to take up such a biopic because of its capital intensive nature; most often these biopics are period films (a film set in the past usually 30 or more years earlier) which can be quite expensive to produce and takes a longer time to produce. I agree to this, but I strongly believe there are “many ways to kill the cat”. Kwame Nkrumah’s story could be taken from different dimensions like from his childhood, his adult life, the point of view from his children, his political career or his time as the President of Ghana. All these can be taken into consideration which could eventually reduce cost and time since just an aspect of his life will be concentrated on. I believe that it can be done with the little resources we have, it has been done before for other personalities on lower budgets. An example is the short film Warrior Queen which was a film about Yaa Asantewaa directed by Hezekiah Lewis about the events leading to the 1900 war between the British and the Ashanti.

Another option that can be adopted is co-production between Ghanaian filmmakers and foreign filmmakers to produce the biopic. Ghanaian film production companies can go into partnership with foreign film studios to seek funding and expertise to produce such biopics to reduce the financial burden. This is also a way to market the potential of our film industry and create more opportunities for investment in the industry.