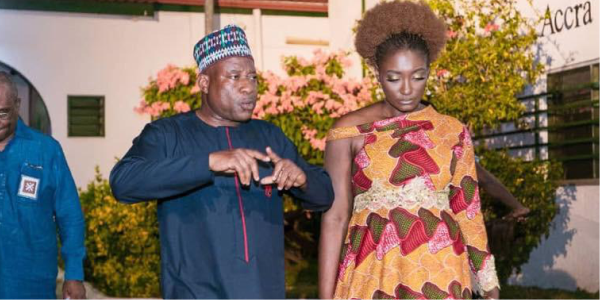 The Deputy Minister of Tourism, Arts and Culture (MOTAC), Hon. Dr. Zibblim Iddi has announced at the opening ceremony of the Black Stars International Film Festival that, a Ghana Film Authority to support the Ghana’s film sector has been established and almost set to begin work.

According to the deputy Minister, the Government has appointed the membership of the Ghana Film Authority board but only two appointments remain to complete the process.

“The only positions which haven’t been selected are the Executive Secretary and Board Chairman positions which are to be selected by the President, His Excellency Nana Akufo-Addo,” Dr. Iddi said.

He expressed Government’s commitment to fast-track the process in order for the long- awaited Film Commission to commence work.

Ms. Juliet Asante, the Director of the Black Star International Film Festival (BSIFF), in her opening address said that, two very important gaps still remain which hinder Ghana’s ability to position itself favorably in the industry: The fact that Ghana doesn’t have a film authority and also that, Ghana hasn’t passed policy incentives that attract investments into the film sector.

“Having a film authority or commission has been long over-due for us as a country and I am happy to hear that we are almost set to have one,” Ms. Asante said.

Dr. Iddi congratulated the past government for starting the process and said that his government is committed to seeing it through, resourcing it and ensuring that it plays its role in the sector.

He further reiterated that his Ministry is working hard to address some of the challenges bereft in the industry hence the decision to set up ‘film villages’ aside from ensuring the establishment of a Ghana Film Authority.

“Government has taken the initiative to put up a film village in Kumasi at policy level,” he said.

The Black Star International Film Festival (BSIFF) is an official ‘Year of Return’ week-long event set to take place this year under the theme, “Connecting Cultures through Film” with an overarching vision of positioning Ghana as a film hub and a tourist destination centre.

This year, BSIFF launches Ghana as a film hub within the African sub-region and welcomes over 32 countries into Ghana to participate in the Festival.