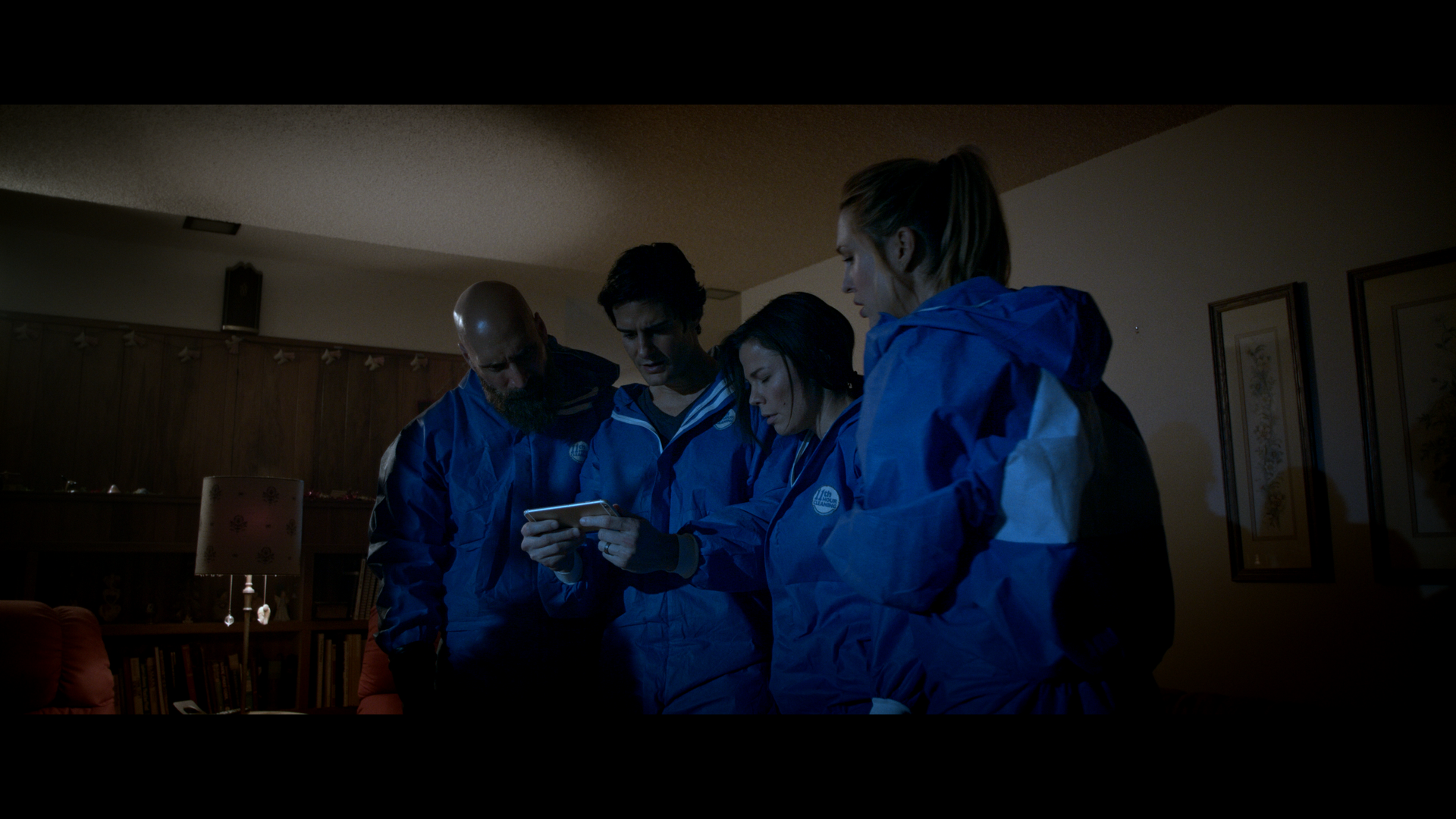 11th Hour Cleaning is your typical haunted house horror with its own unique twists. The film is about a group of crime scene cleaners who are called in to the scene of a multiple homicide and l soon find out that it is more than it really is. They get trapped inside the house that seems to contain a mythical demon that had been summoned by its deceased occupants.

They must find the power of this Nordic demon and escape it before it is too late.

The film starts off with one of the original occupants of the house bloodied up and recording a video on his phone trying to explain that he was not responsible for the murders before he shoots himself.

The cops arrive on the scene later and after their preliminary investigations they call in the 11th Hour Cleaning services. The group is made up of Dylan (Edward Finlay) the owner, his wife Rachel (Anita Leeman Torres), his brother-in-law Marcus (Ed Morrone) who is an ex-convict and Hannah (Chloe Brooks) who happens to be Marcus’ ex-girlfriend.

After becoming trapped in the house for hours by the ancient Nordic demon hell-bent on driving them insane, they begin to face their most personal regrets and fears through horrific hallucinations.

The group do their best to uncover what truly happened to the murder victims, they struggle to escape their own deaths by finding and destroying pieces of a relic from Norse mythology that gives the demon its powers.

As the film progresses, we get a better understanding of each other characters, their flaws and their imperfections. We get to know how they each relate to each other. But we can attribute that also to the quality of performances and delivery. The characters are very engaging and you would think of this as more of a drama than a horror film at some point. There is so much to unpack from each character and their relationship with the next. So much so that you find yourself having a mental guessing game trying to figure out what each character things of the next. 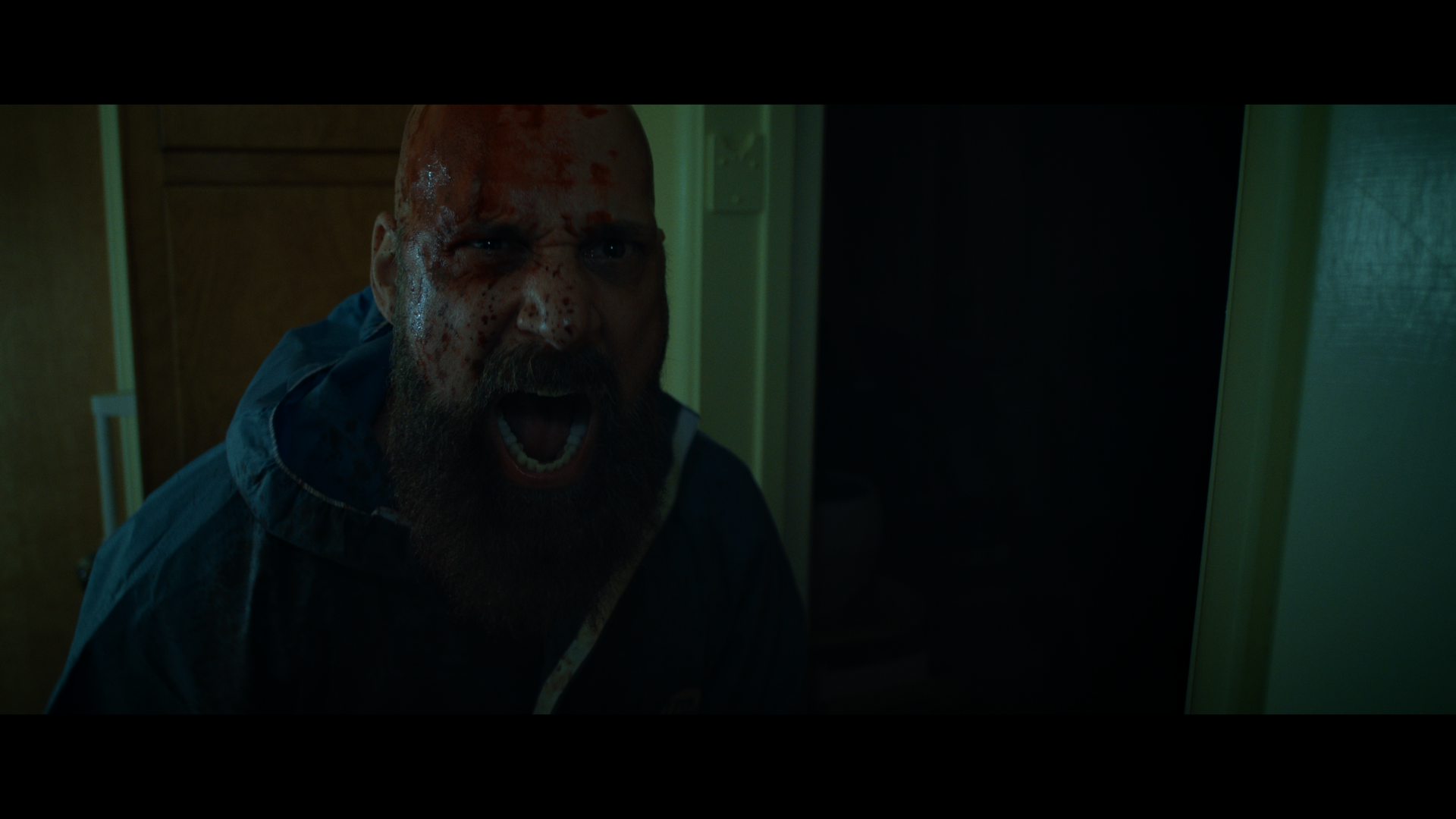 Fortunately, by the film’s end a few things are made clear however. Dylan wants kids even though Rachel is convinced that they are both not ready. Interestingly we find out subsequently that she actually does want kids more than we are led on to think.   We also discover that the tension between Hannah and Marcus really has some strong basis. Hannah just wants to forget all that went wrong between them whilst Marcus just wants an opportunity to make things right with a fresh start.

Even though this is a feature film debut for director Ty Leisher, it shows enough promise for him in the horror genre. He succeeds at making this decently scary with the choice of lighting and psychological tactics.

By the end of the film not much is done with the information gathered about the demon as it is not enough to stop it or save the lives of the cleaners.

As a low budget debut feature film 11th Hour Cleaning is a decent psychological horror film. It might not be enough to satisfy true hard-core fans of the genre but it is enough to satisfy an average viewer.  I would score this 5.5/10.

11th Hour Cleaning is scheduled for a digital and video-on-demand release on July 5, 2022 from Screen Media.