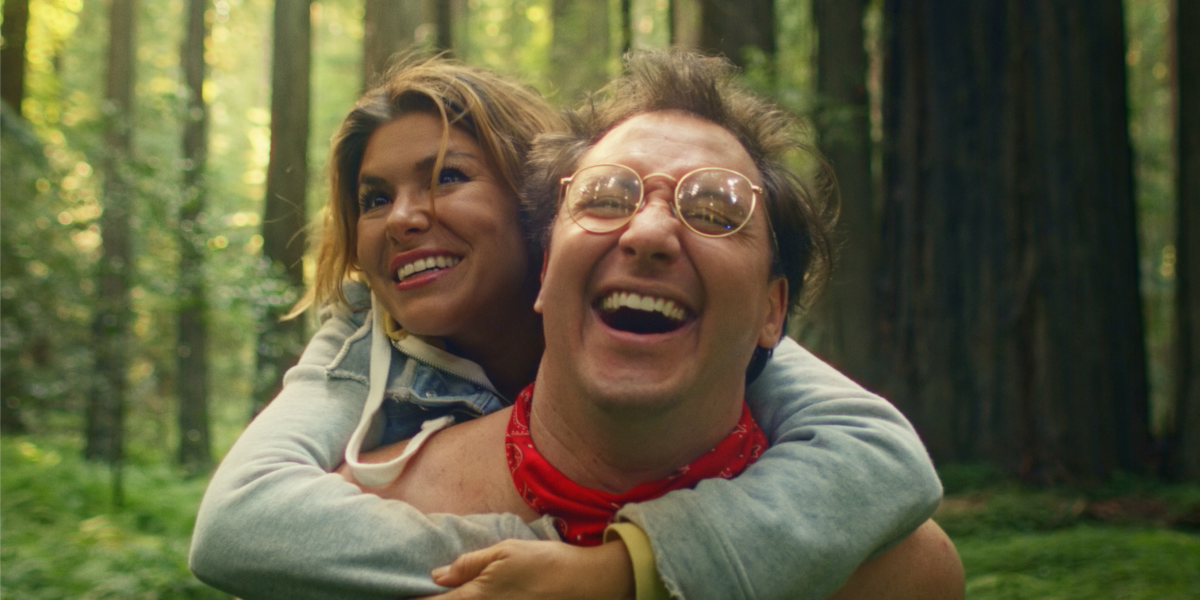 Bigfoot Famous is an adventure comedy about Coley (Steph Barkley), a social media influencer who seems to be losing her traction and popularity. She chances on a viral video of ‘Bigfoot‘ and decides that the best way to get her back at the top influencer rankings is to make a video of her own with Bigfoot. She sets out with her partner on the quest to find this mythical monster.

The film starts by painting a picture of the current influencer space. We get to see how these influencers make their videos and how the trends affect their lives.

There is no denying that vlogging has become a source of livelihood for many and several get consumed by the fame and notoriety that comes with it.

We also get to see the depths of the seemingly ongoing influencer wars. And the extent to which creators are willing to go just to be in the trends or to be seen as number one.

When Coley decides to go make her own ‘collaboration vlog with bigfoot, she isn’t concerned about the risks or dangers she might be exposed to. The vlog must be shot at all costs. Along with her partner, they enlist the help of some others and head to the woods where the monster had been sighted.

Coley searches for a monster that may or may not exist forgetting that she has become a clout-chasing monster. She would do anything, trample over anyone or how they feel just to make her next hit video.  Even when Jericho (Sam Milman) her partner and frequent collaborator gets killed, she doesn’t give up the ‘mission’, she focuses on the hunt for ‘bigfoot’ for her video.

In the film, we see several other ‘vloggers’ attempts at trying to slander each other and casting unsavoury insinuations about their colleagues or rival blogs. Everyone wants to come on top of the other.  Even tragic situations have become content for many and they won’t hesitate to whip out their phones to hit record instead of offering a helping hand. Everyone is looking to be the one behind the next viral video.

Steph Barkley is one of the writers of the film. So, it makes sense as to why her character seems weightier than the others. Some of whom seem to neither add nor take away from the story being told. There is some humour in her dialogue that makes the film somewhat funny. But everything takes a chaotic turn after a while. You are not sure if you are to laugh at certain situations or be angry.

The timeline of events gets a bit messy. For instance, Jericho‘s body is found and his funeral service is being held whilst Coley remains in the woods searching for bigfoot.  The story at some point also attempts to branch out to be about romance which doesn’t seem to even work.

Bigfoot Famous is one of those films not intended to be taken seriously. It is made just for the fun of it and is intended to be enjoyed in the same vein. However, this does deliver some good social commentary that is enough to make you look beyond that outlandish storyline and somewhat bland acting.

Yes, clout chasing and trying to be in the next trends can be a crazy high with disastrous results. Perhaps that’s all this film is trying to drive home.

I would score this film 5/10. It looks good with pleasant visuals and delivers some decent humour, but it doesn’t pack the extra punch to knock the story out of the park.

Series Review: Human Telegraphs – You have a message.