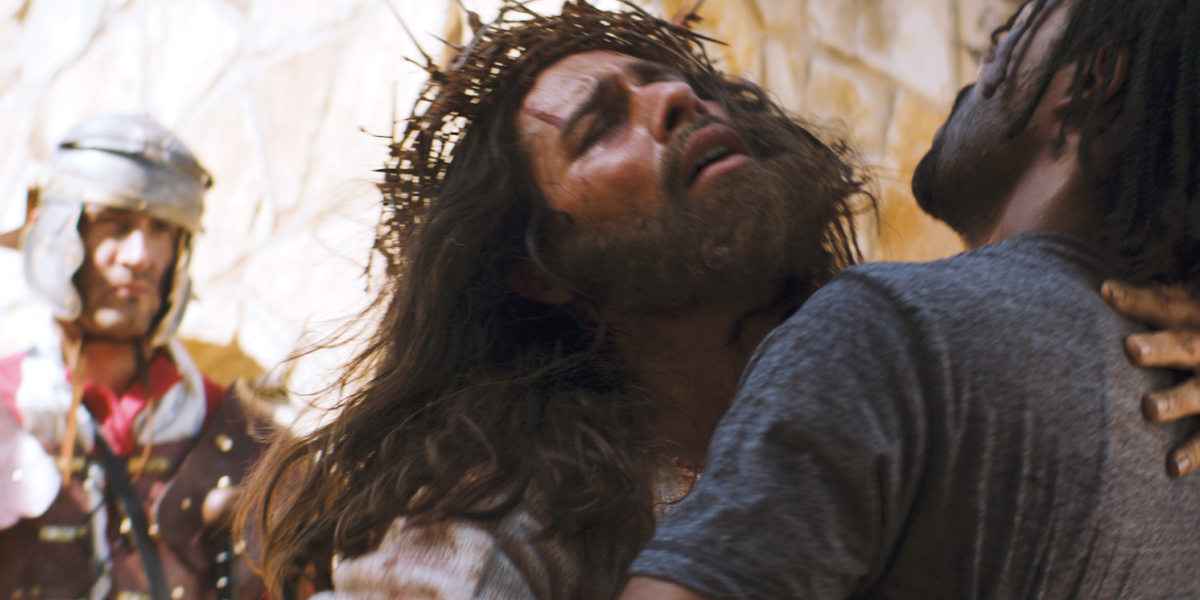 I have always personally thought that if time travel was possible it would negate the existence of God. This is somewhat cleverly depicted in this scifi drama ‘Black Easter‘.

The film is about Ram Goldstein (Morgan Roberts) and three of the world’s top geniuses who are engaged by Ahmed Amir (Gerardo Davila) a wealthy devout Muslim to create a matter transfer machine. In the process, Ram discovers time travel. Ahmed who’s technology institute is a front for an extremist terrorist group decides to use the time travel machine as a weapon to destroy the entire Christian faith.

He sends a military team led by Brandt (Donny Boaz), to kill Jesus back into time, 33 A.D to be precise to kill Jesus. Ram and his friends must find a way to stop this from happening to save the entire Christian faith and the entire world.

The entire film is an interesting idea that was messed up with a complex herd of confusing plot twists and reveals. It ends up becoming a bad cocktail of faith and science fiction. In simple terms, it is just a story about an extremist Muslim trying to wipe out all of Christianity using science and yet to be discoverer technology.

Time travel itself is a complex subject and the events detailed in this film doesn’t make it any easier to navigate through its complexities. The waters are further muddied by some very unrelated characters and situations.

What works most for this film is the motivation for each of the main characters. They all seem to have very good reasons for their actions even if not justifiable.

When Ram’s parents and his friends are held hostage it is clear also what his motivations are for making sure the machine works even though he is aware of how deadly it can be in the wrong hands.

The writers try a lot to get the viewer emotionally invested in the characters as well. Brandt for instance has a very endearing backstory that is told right from the beginning of the film. He loses his family in a ghastly accident and that results in him losing his faith in God. You can’t blame him for wanting to make Jesus pay for his loss in some way. Loosing everything you care about can make you think of doing the worst and that clearly the situation for Brandt.

There is a flurry of themes and subjects that are jumbled up in this film. Many of these would be lost on an average viewer. Some too quite glaring that they might put some section of the audience off.

Although some of the subjects and themes might be found offensive by many people. Perhaps it might work for its target audience which could be SciFi loving Christians.

Although the many characters in this film seem to make it easier to sit through none of the actors stands out for me. They all could go unnoticed buried under the chaos and confusion.

The visual effects used in the film also are not too far from basic but manages to complement the film enough.

Overall, ‘Black Easter‘ is somewhat goofy yet fun to watch just to while away time. You just don’t have to try to understand the complexity of the science involved in time travel. I would score it 5/10. It isn’t a complete waste of time but neither does it leave your mind blown and overly impressed.

Movie Review: ‘This Is Not a War Story’ – A genuine ode to war heroes and their struggles.