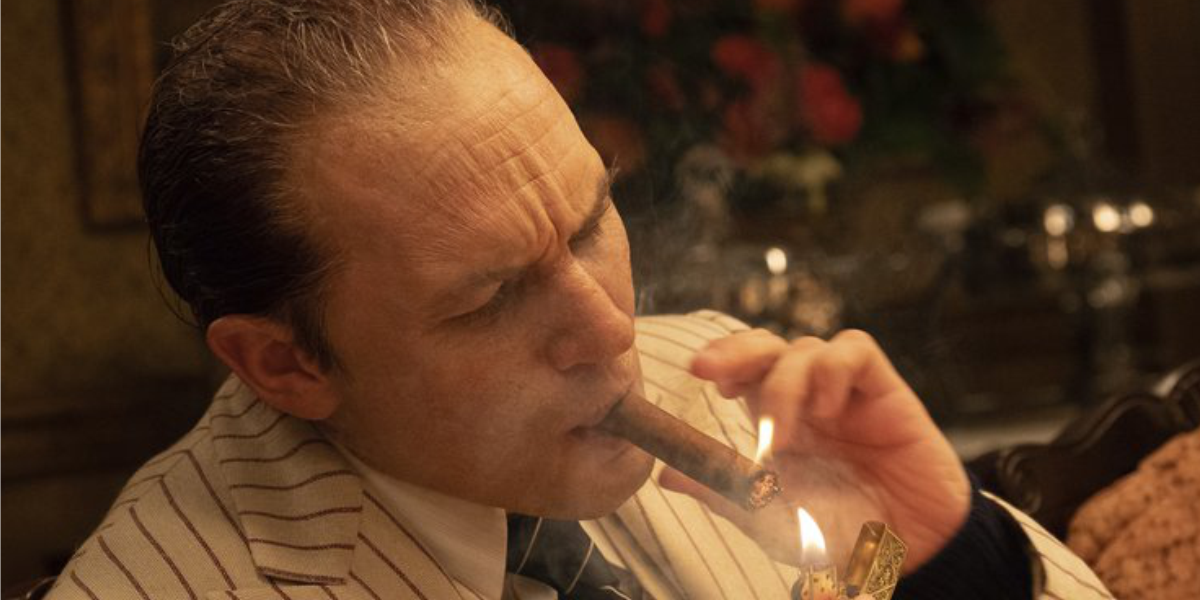 Capone details the last year of Al Capone‘s life after he spent a decade in prison for tax evasion and getting freed because of his deteriorating mental health.

At 47 with syphilis and on the verge of having a life-threatening stroke, Al Capone is a mess and not as fearful as he would have been in his prime as crime boss. But he is still respected and revered by the people around… at least for the time been as they all seem to tag along hoping to find the 10 million dollars cash he has stashed somewhere on his property.

Capone himself hid the money on the property before getting sent to jail. His deteriorating mental state makes it difficult for him to remember exactly where he stashed the money. So, he battles his delusions and subconscious that reminds him of his past and his

The FBI believes he is faking his ailment and are constantly listening in hoping that he reveals the whereabouts of the money.

Although Capone is somewhat and interesting story it seems flawed and quite difficult to sit through. Maybe it is the story itself or how Josh Trank chose to tell it. It is slow and confusing and quite difficult to follow without any moments tension like you would expect from a typical film about a gangster or mob boss.

What saves this film from being a total mess is Tom Hardy’s stellar performance as the delusional, retired crime boss. Hardy’s physical transformation, courtesy of the good makeup, solid costuming and special effects leaves him the least desirable to look at. But his performance keeps you attentive enough to want to see the final outcome of this film.

Hardy has always been worth watching even as a villain. And he saves this movie as the antihero who according to history was feared by everyone. You find yourself feeling a bit of pity for ‘Fonse’ (as he’s mostly referred to in this film) and the deplorable state he is in. And it’s all courtesy of Hardy’s performance. His grunts, growls and slurred speech is as powerful as any other role you might have seen him in. Communicating all that Trunk’s script wanted to let out about this chapter in the life one of the most feared crime bosses ever known.

Capone, even in his confused and ailing state has his defenses heightened and his paranoia off the roof. There are many moments that he is depicted as weak or miserable or basically helpless. When he’s not giving the workers around the mansion a stare down, he is just staring off at the woods muttering to himself almost inaudible cuss words. He appears also to be haunted by the knowledge of an illegitimate son he’s succeeded at hiding from the rest of his family for years.

There is not much to see from the supporting cast as the screenplay fails to give any of them a genuine moment to really shine. Even Linda Cardellini who plays Mae (Al Capone’s wife) is is not given much of the spotlight like the others. Maybe except for Matt Dillon who plays Johnny. His very limited screen time is memorable enough. How he was introduced into the film however, is equally as confusing as how his character is subsequently revealed to be a part of Capone‘s hallucinations and not actually existing in real time. What’s even more disappointing is how this reveal is not properly explained or even confirmed, leaving more unanswered questions and a further unresolved climax.

Somehow you are kept waiting to be served with some actual heat in somewhat lukewarm screenplay…hoping that the story kicks into high gear to serve something remotely close to exciting. And when that finally happens, it is lackluster to say the least. Nothing memorable enough to move you to edge of your seat and keep you there.

Capone deserves a 6/10 rating only because Tom Hardy carries this sluggish film through to the end. It lacks any excitement but serves you with enough poignancy about the life of man who’s name reeks fear into the minds of many. It is grotesque, mildly disturbing and disorienting but requires a lot of patience to sit through to appreciate. Absolutely not something meant for everyone or anyone who is particularly after an epic gangster movie

Of course, this film could have been much better perhaps if it had shown a bit of Al Capone in his prime as the crime boss leading up to his conviction, incarceration and forced retirement. That would have been a much exciting story than what was captured by Trank in this one.