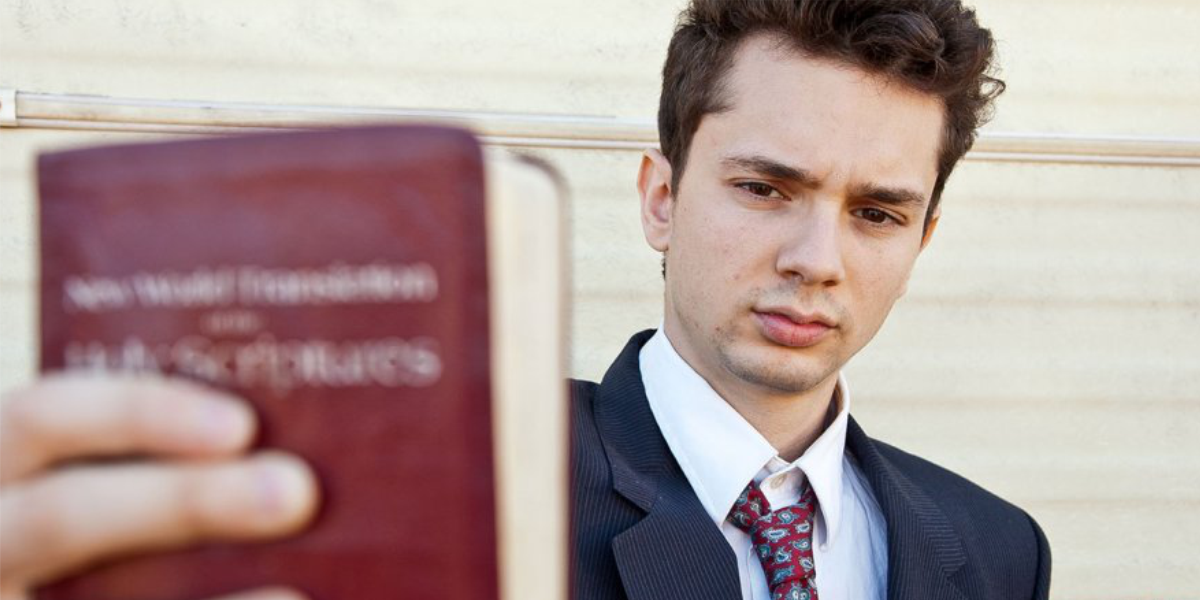 Based on an autobiographical novel with a similar title by Tony Dushane, Confessions of A Teenage Jesus Jerk tells the coming of age story of Gabe a teenage boy who discovers that he enjoys all the many pleasurable things that his family and religion is against.

The character Gabe (played by Shasha Feldman) is a young Christian teenager from a good home. Leading up to his adolescence he has done well to stay away from a life of sin that would prevent him from making it to heaven during Armageddon.

He is faced with temptations all around him with some bad influences from his friends and even his rock star uncle. He begins to question his faith and the beliefs of the church as he faces reprehension from his elders for every wrong choice that he makes. And that leads him to become more curious and rebellious.

Gabe‘s father (Paul Adelstein)  s an elder in the church and he too doesn’t make it any easier for him. He is stern and well-grounded in the church and its beliefs. He is convinced that he must do all that he can to keep his son upright and away from sin. But he is flawed in a way, most notable is the hot temper that he doesn’t hold back on.

In a typical coming of age story fashion, Gabe is seen struggling with everything he’s been made to believe growing up conflicting with all the new things he is exposed to. He finds himself doubting his faith and all the teachings from the church. You sense the inner conflict each time he is faced with a choice. And his upbringing in the church seems to have made him timid and very hesitant to make those choices as he consistently has to battle with his conscience. The temptations are all around him with the strongest being his cousin by marriage, Karen (Lauren Lakis).

Karen herself is a Jehovah’s Witness, but she goes as far as forcing Gabe to touch her in inappropriate places and later reports his actions to elders of the family and church. She mentions that she was molested at some point by her father. But that revelation isn’t further delved into. Perhaps, if the story focused a bit more on Karen and her past, we would get to understand that character some more and how significant she is to the story.

This film is a comedy that isn’t all in your face trying to be funny. The characters are not comical either. But you can’t help but find some decent amounts of humor and wit in some of the situations and happenings.

The screenplay also infuses some randomly placed documentary-styled interviews into the film. It is not clear how these interviews contribute to the story being told or how they are relevant to the film besides the fact that the speakers older Jehovah’s Witnesses. Perhaps they were just added to break down the monotony in those points of the film.

I would score Confessions of a Teenage Jesus Jerk 5/10. You get an insight into the life of Jehovah’s Witness and how strict their teachings are. That is if what we see in the film is accurate. Gabe’s story also provides a good basis for introspection, especially amongst young adults growing under any faith.

Although there is nothing memorable about the comedy depicted by the characters in this film. The humor works for the scenes but they are not funny enough to stay fresh in your minds even after the film has ended.

If you are expecting to see something that mocks or pokes fun at Jehovah’s Witnesses or any religious group, then this isn’t for you. Although Eric Stolz does great at keeping this film fairly entertaining, it seems too long with some very stale moments that leave you bored and eager to see this end.