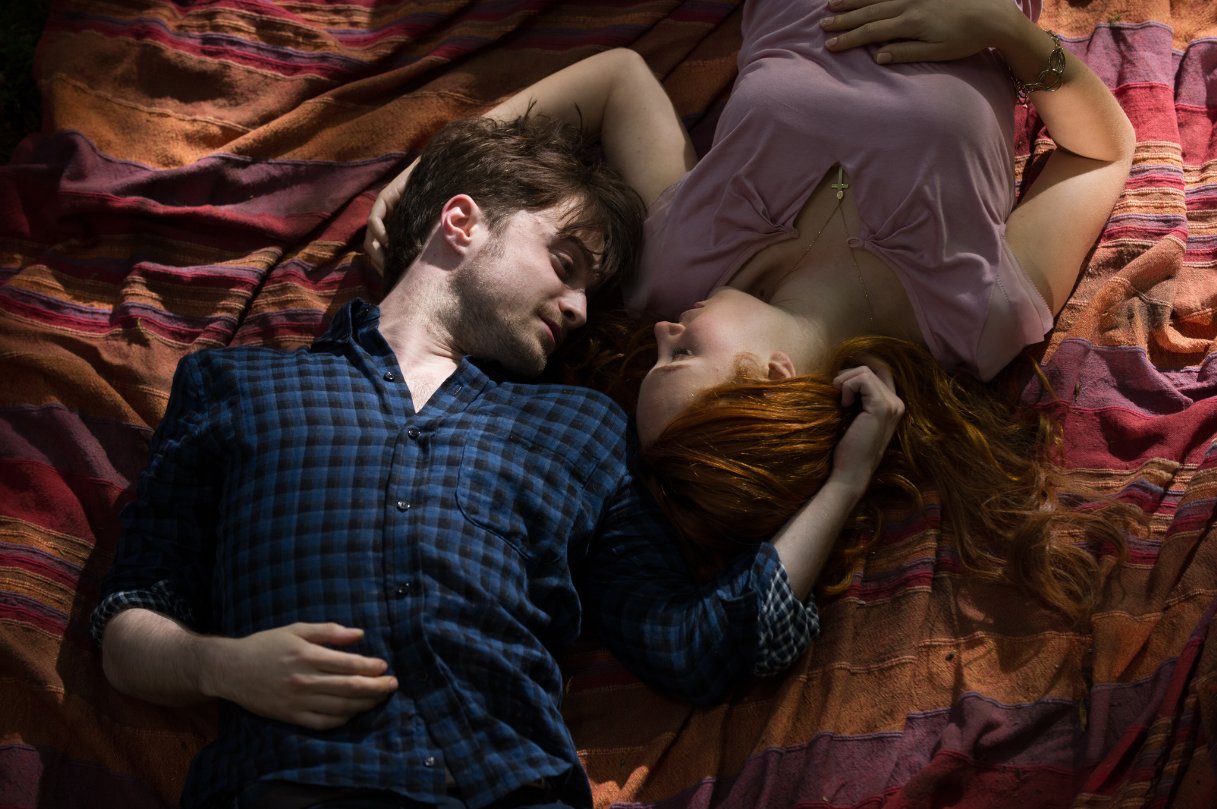 Finally got some time on my hands to write this review…. (Work demands)… Enjoy.

“A beautiful love story told in a bizarre demented kind of way”… that was me thinking out loud as soon as this movie ended. I had seen the trailer just over a month ago and I immediately put it on my watch list pending its release.  Not to say that the trailer was mind blowing but I guess I was just interested in seeing what Daniel Radcliffe (Harry Potter) was doing in this one. Yes he plays the lead role in this title.

I am not a Harry Potter fan (I lost interest in the whole series after the Prisoner of Azkaban) but I sure do fancy seeing a movie  that stars Daniel Radcliffe other than the HP series.

Horns ….. tells the story of a young man who wakes up with horns sprouting from his head following the mysterious death of his girlfriend who everyone thinks he is responsible for. These horns give him the power to make people completely honest about their innermost sinful thoughts and dark secrets.

Sounds interesting enough? Well… a movie that tries to combine Fantasy, Drama and Horror together better have the mix right. I think this one tried…… but….. fell short in some areas. I am very much sure that if this movie hadn’t starred Daniel Radcliffe or any other lead actor I wouldn’t have been so much interested in seeing this title as much as I was. It wouldn’t have gotten even close to my “Top Priority” watch list.

Apparently this title is based off a book with the same title. The story to me was good. Yes…like I said…. a love story told in a bizarre demented way.  Right from the start of the movie you begin to feel that element of mystery associated with the story. But that was too short lived…. I almost could predict the direction that movie was going just about 20mins in. It could be because I was paying too much attention or maybe because it was just too shallow.  Or it could be the acting, the characters where so easy to figure out for me. Some how… watching Daniel Radcliffe felt like watching a kid trying the play the role of an adult. The facial hair didn’t do the trick for me. I don’t know exactly the age the character he was tasked with was supposed to be but it still seemed like he was too young for that role as compared to the other cast he was acting along side. Regardless of all that, he did play his role to perfection.

I read that Shia LeBeouf (Transformers) had originally been cast for the lead role. Honestly, I feel he would have been much suited for it. Maybe I would have enjoyed this movie better if he had.

Surprisingly, the entire movie lacked the “Horror” element that it promised. There was no point in the movie that scared me at all for it to pass as a horror flick except for the snakes. (I HATE SNAKES). In fact, it made me laugh more than it was supposed to scare. Yes… there are some witty scenes that I feel were totally unnecessary which made the whole movie seem rushed and sloppy. This did ruin the whole “seriousness” vibe it had from the start.

I like that the story did have some elements of religion and belief … interestingly it does. It’s always good to be reminded that Good indeed does triumph over Evil. Certainly, God works in mysterious ways. And this movie has a way of showing that. We all need to be reminded of that regularly one way or the other. To me that is more truth than Fantasy.

The makers managed to escape an almost huge failure with the use of very bad Computer Generated Imagery (GGI). As much as it was necessary to complete the story it wasn’t done properly. More reason why the movie seemed rushed.

Regardless of its sloppiness I did enjoy this movie and it isn’t one of those movies I regret wasting my time to watch… 120mins in this case. I would score this movie 5/10 for its efforts. That is why it deserves this review.

I did enjoy the story and I am very much sure that anyone else would. For me it wasn’t much of a success and is most likely not going to win any awards but it is certainly not a waste of time watching this movie.

If you are a die hard Daniel Radcliffe fan, then you should have no excuse watching this movie.

Ig Perrish: I’m gonna love you for the rest of my life.

Merrin Williams: Just love me for the rest of mine.