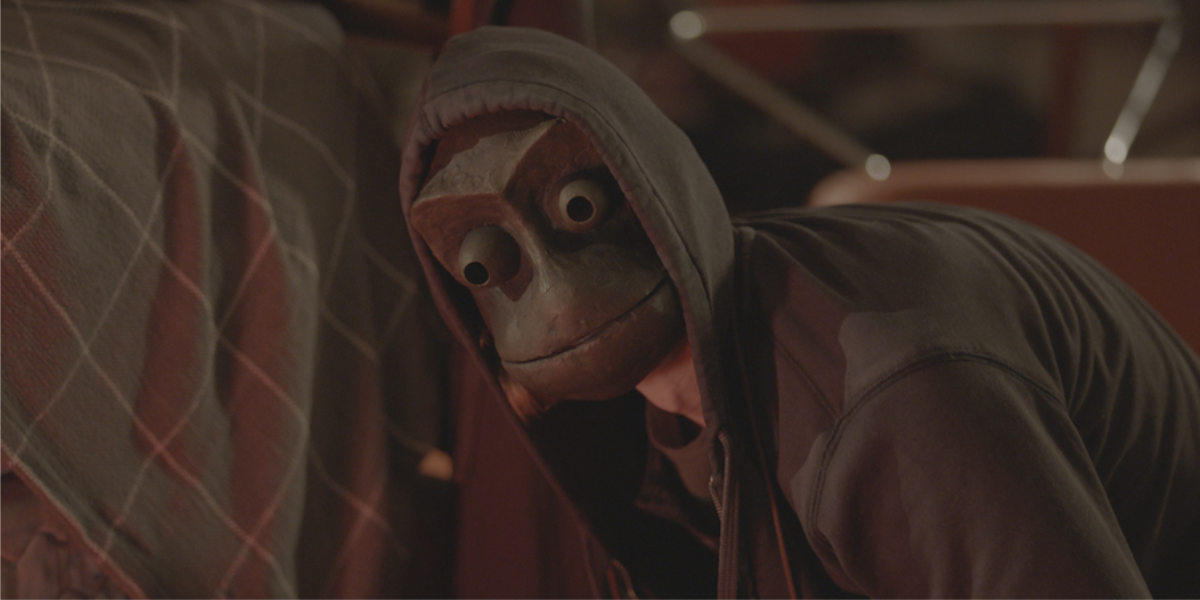 In as early as the first few minutes from the start of this film you are convinced that ‘I See You’ is going to be intense. You are introduced to a beautiful city with a seafront, a waterfall and enough greenery. Everything looks peaceful and normal until a young boy riding his bicycle along a path in the woods gets yanked into the air.

The opening scene intelligently sets you up to think this a paranormal / supernatural or a haunted house horror film. Follow up scenes as the story builds up also allude to the idea of a supernatural force or the presence of an unseen entity.

Greg (Jon Tenney) and Jackie Haper’s marriage appears to be on the rocks as a result of the latter’s infidelity. Whilst Jackie tries to fix the relationship between her and their son Connor (Judah Lewis) who is struggling to forgive her from her transgressions, Greg, who happens to be one of the city’s top detectives is working on a case to find the missing boys. They both seem to be too distracted to notice any of the odd happenings around their home like photo frames missing their photos or wrongly placed house hold items.

Jon Tenney and Gregory Alan Williams in I See You (2019)

Their home has its own secrets that soon come to the fore. The atmosphere is always tense and that is heightened even more by the sound score and the camera movements. You could almost always expect a sudden scare or something frightening to pop up with each scene. And you are kept anxious trying to figure out what those secrets about the Harper home are.

I See You manages to weave together the story of the couple with a failing marriage and the mystery of the missing boy together to lead you on for a while. Well until it slowly takes an interesting unforeseen turn.

Just when you think you are sure about the direction the film is heading, it cuts to black and then introduces a new set of characters who provide a different perspective to everything that has occurred to that point. The plot broadens and then you are introduced to the film’s main plot of ‘phrogging’ ….. an illegal act of sneaking into someone’s home to live for a period of time without its occupants knowing. Yes, this is actually a thing people do and that’s what this film seems to be actually about.

Mindy (Libe Barer) and Alec (Owen Teague) are ‘phroggers’ and they sneak into the Harper home whilst taping the entire experience. And that’s where the mystery around some of the strange happenings in the Harper home are explained. Another subplot is introduced with these two as there is more to each of them than it appears.

The twists and turns in the story and how they are well yoked together is what makes this film very interesting. Just when you are confident about the direction it is heading, it sends you in another way halfway into the film. Then you begin to question your own intuition. The twists and reveals makes for good entertainment whilst engaging your sense perception. It somewhat feels like numerous films but is intelligently interwoven. The suspense is good and the build up to the reveals are smart and well executed. Well, unless you are left confused by some of the subtle hints that you might miss.

Besides the somewhat dry tension and conflict that exists between her and her family, which of course is fueled by her guilt of infidelity, Helen Hunt‘s character; Jackie Harper doesn’t bring much to the table. She appears fairly under used in this film. She is neither the protagonist or antagonist in the film. And although her character feels very key to the entire film from the beginning, by the time it ends and all the twists and turns in the plot are deployed she gets regulated to the back of the story. But that doesn’t take anything from the brilliance that this film has.

The connection between Greg Harper and Alec is carefully revealed bit by bit from the start and by the end of the film it all makes sense. But all the hints are easy to miss if you are not paying close enough attention or if you get lost in any of the accompanying sub plots.

Directors Adam Randall‘s touch on this Devon Graye script makes me want to see more of his work. Arguably, it might feel sloppy or whimsical to some depending on who is watching but this film turned out better than expected it would.

I would score this a 7.5/10 rating for its solid execution. In the end, ‘I See You’ is more of a mystery with thriller elements than a horror. It is technically and aesthetically flawless for an indie film delivering a good dose of family drama, crime, mystery and the occasional decent jump scare. All the distinct subplots are well tied in with a climax the provides answers to all the questions that one might have about the film.

You can also check out this film as it available for free streaming on Prime. It is something you would absolutely want to watch again, either for more clarity or just for the fun of it.