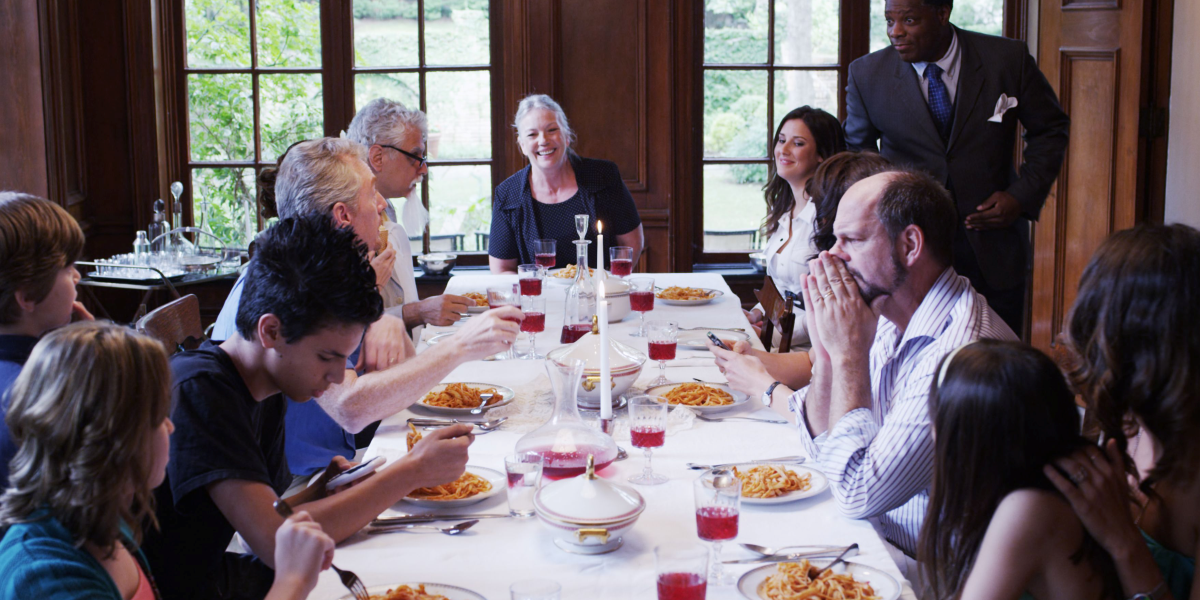 Inheritance Italian Style is a film about sisters who return to their home in Sicily to divide up the family art and antiques. Three of the sisters, Natascia, Seconda, and Fulvia Parlazzi left for abroad to pursue education and professional careers. The other two, Duplecia and Tristana stay back in Sicily taking care of the family’s property.

With the three sisters returning with their spouses and children to the family Villa for their share of art and antiques, bickering ensues and hostility ensures threatening to ruin the family and send them in further crises.

Each of the sisters has individual struggles or issues to deal with.

As you would expect with any family gathering, secrets are revealed, trust is betrayed and there are bound to be some petty unnecessary fights. We get to see more than enough of that in this film.

The oldest of the sisters, Natascia (Carolins Granger) is a successful businesswoman married to a husband she controls. The second oldest, Seconda (Zoe Myers) is constantly trying to get the attention and affection of her husband and their mother.  Fulvia (Maggie Henry) on the other hand is in a shaky marriage to Aboyance (William Neenan), who is in desperate need of cash to keep his art business running. Tristana (Tori Montgomery) is constantly dealing with her depression and isn’t interested in any of the family’s fortunes. She is first introduced to us in a scene with her lying on the street under a parked car.

The youngest of the siblings is Duplecia (Concetta DeLuco). She too doesn’t seem to care about the family’s fortune but is in an awkward affair with the gardener’s son Albangzo (Tim Ross) who constantly stalking her.

All this is drama is wrapped indecent amounts of comedy.

It is commendable how the writer/director Doug Bremner is able to weave these many characters together while using limited space to detail so much about them and their relationships with each other. The story is set over a weekend but by the time it ends it feels as though you have spent an entire lifetime with the sisters and their families.

Some of the characters seem a bit too over animated or amateurish, however. But that’s all seems to tie into the film’s intention of being a comedy.

As the film starts it’s a bit difficult to keep an eye on all the characters and immediately remember who is who or who is married to who. It just requires a bit more attention than you would expect or perhaps a couple of rewinds and replays or some scenes. But once you figure it all out it is smooth sailing thereafter.

It has the complete look and feel of a micro-budget indie film. From the choice of locations, the use of stock footage, costuming and the overall editing. Right from the start, you get the sense that the production team didn’t have much to work with. However, the overall output is decent enough and not sloppy

I will score this film 5/10. It doesn’t promise much and isn’t a complete mess either. It offers a few laughs whilst trying not to be chaotic with several characters to follow.

You just don’t have to expect too much from it to be able to enjoy it. It delivers a simple family drama with an okay story to keep you interested through its runtime.