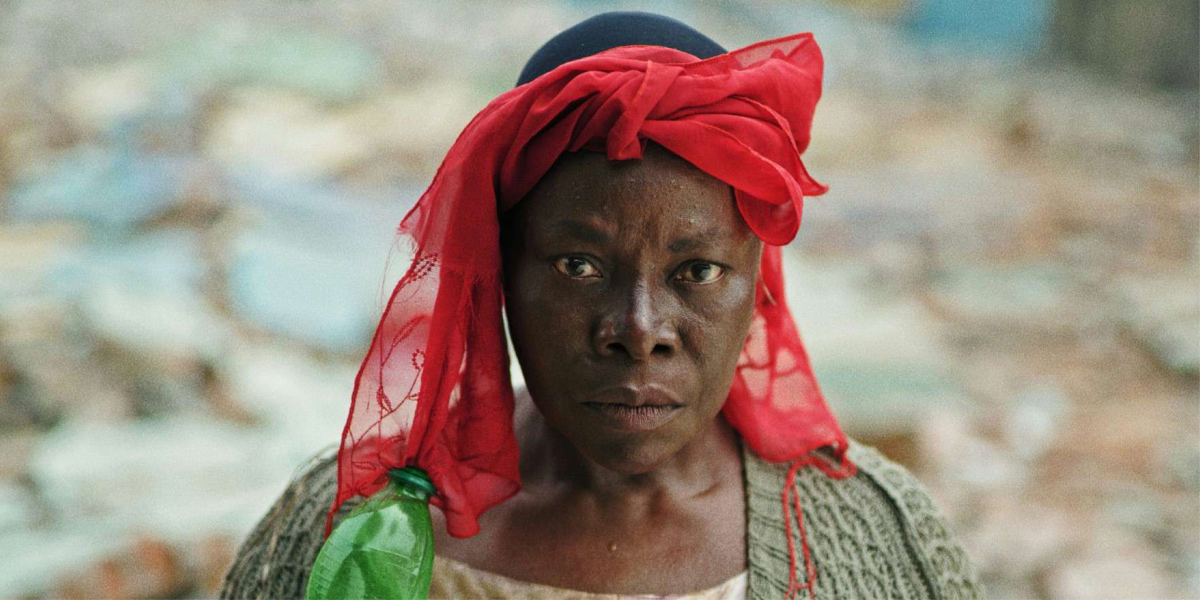 The three chapters are titled ‘Love Potion‘, ‘Yam‘ and ‘Suffer the Witch‘. Besides the underlying theme of juju (African Magic) and they all being set in Nigeria, these stories are in no way connected directly to each other.

In the first chapter ‘Love Potion‘ (directed by Michael Omonua), Mercy bumps into Leonard at a party. She’s immediately infatuated by him and begins to imagine a future with him. To win Leonard’s affection, her friend suggests she tries a love potion made from her period-blood and water used in cleaning a corpse.

This chapter delves into the subject of love charms believed to be used by many to tie-down their partners. Mercy seems like an everyday girl with the ambition to be a bestselling author. Not the kind of person you would expect to need juju to win a man. But it happens and by the climax of that chapter, the subject would be of more interest to you.

In ‘Suffer the Witch‘ (directed by C.J Obasi), which is the last of the three parts, the subject is witchcraft. Joy isn’t your typical idea of a witch. She is pretty and seemingly a sweet girl in college always wearing a smile. She sets her eyes on Chinwe an equally innocent-looking course mate and also one of the three other girls she shares a room with. Joy would harm anyone that tries to get between them. Her intentions are never made clear but Chinwe can never seem to get out of her grasps.

It might not be the kind of horror that makes you want to sleep with the lights on but it does sit well in that genre. At least each of the three chapters is enough to give you cold chills down your spine or goose bumps even once you feel how relatable the stories can be. Especially for anyone here in Africa, you could easily relate to or find yourself in any of the scenarios presented in all three stories.

‘YAM‘ (directed by Abba Makama), the second chapter for instance talks about finding money unexpectedly on the side of the road and its sometimes-spiritual implications. Every African child certainly must have received a warning on two from the parents or elderly relations about picking up money they see anywhere on the floor.

The events in that particular story elude that some bad ‘juju‘ could affect you through no direct fault of yours but by virtue of your own choices. The story is told with two main characters as the focus. They are not related and only share a single frame with each other when one runs past the other. We follow each of them individually, but by the climax of the chapter their paths cross again and this time by some ill twisted design their fates are tied in madness.

The three stories somewhat have a ‘twilight zone‘ out-of-body experience look and feel. Right from the start, you are thrown into a state of uneasiness. Everything looks real and simple. But the ominous sound score that accompanies the visuals makes it feel like a place you don’t want to be in. You are kept just right on the edge and slowly eased into the head trip.

Perhaps also, it could be because of how the film is paced, how some of the shots are framed and also how the stories are narrated. The colour pallets are mostly dark whites and vignettes that contributes to the film’s dreamy and surreal feel.

The genre and the style don’t fit in any of the stereotypes of what has become known of Nollywood films. You feel the difference right from the start. If you are a fan of horror styled films that attempt to mess with your mind, Juju Stories is for you.

I would score this anthology 7.8/10. It sets out to present an interesting outlook on Nigerian folklore and mysticism and successfully delivers that. It still manages to subtly serve some nuggets about making some life choices and the consequences that come with it.

It would be nice to get to see more of such films from our space exploring the horrors of African magic and mysticism. Perhaps the horror genre could certainly be the best way to get the rest of the world’s attention.

Series Review: Human Telegraphs – You have a message.