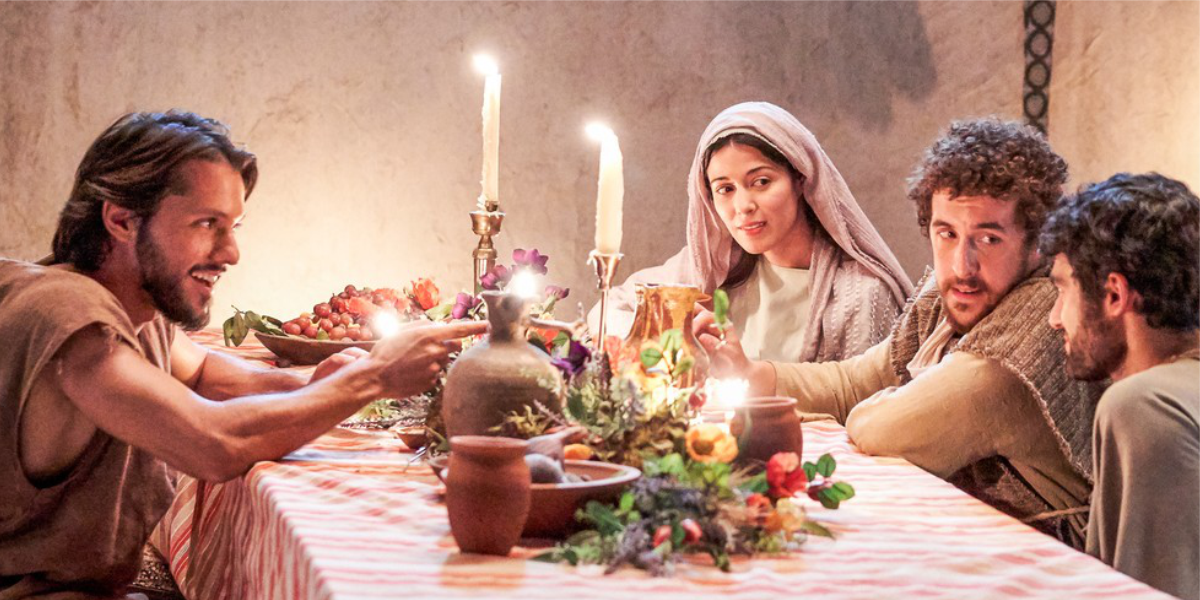 The series is a unique spin on the popular story of Jesus, the Messiah and his life before his ministry to win more souls for the kingdom of God officially begins. It offers a very detailed description of some events that surround his mystery and teachings.

After the pilot episode was released in December 2017, ‘The Chosen’ continued with a second episode in April 2019 and it interesting how far it is caught on with people especially those of the Christian faith.

The film focuses more on the lives of Mary Magdalene, the apostles Simon Peter and Matthew as well as Nicodemus. You are given an in-depth look into their lives and how things were going for them. They had their issues and troubles to bare before they encounter the messiah.

For a series set over 2000 years ago, the issues are not so distant from present-day situations that affect the faith and beliefs of many. You get to see how sceptical they are initially about his teachings and how he slowly wins them over. Their transformation and growth in their faith is steady and convincing in this film.

The conversations are detailed and more revealing than you might have read from the bible. You appreciate the individual struggles that these persons had to deal with during that time. Like being overburdened with debt or being ostracised by their families for choosing or subscribing to an association they do not agree with.

Admittedly, this series is slow-paced and it might be difficult to fully grab your attention from the start. But the interesting backstories of the central characters provide you with enough drama to keep you interested and entertained once you give it a chance.

You get to see more from the perspective of the apostles and not just that of Jesus Christ like what is portrayed by every other film about him. The series also highlights the ‘politics’ amongst the scribes at that time. Whilst also making references to the Torah and how it was used to govern and steer the lives of the people then.

Unlike most Christian themed films, I have seen, The Chosen is a story told with more than average acting. The situations and the intensity that they require are well delivered on with solid performances from the actors behind the characters. The acting is solid and makes it easier to pardon the inconsistency in the varying accents that the characters speak with.

Jonathan Roumie plays Jesus like he was born to do it. He is soft spoken, a great orator, smooth, not intimidating yet very convincing. He also delivers well on the witty humorous spin that the character has in this film. Even in his interaction with children you cant help but admire his loveable personality and warmth.

The entire series is accompanied by a very well-done sound score. Mostly contemporary infused music that adds up to its modern-day feel. The sound score intensifies and the mood deepens when Jesus is performing miracles. You could almost feel the power and authority that one could imagine accompanying something as miraculous as healing a leper or turning water to wine.

Out of all the messages preached in this film, the underlining theme is love. As is expected of every Christian. The message is clear in all the actions and teachings that Jesus does

The season ends on a high note with the eight-episode that provides a great build-up to what to expect in the next season. With the apostles now all together yet still confused if they are on the right path choosing to follow the ‘son of man’. Jesus encounters the lady at well and reveals himself to her as the Messiah that John the Baptist had proclaimed about. And she excitedly hurries on to spread the word of what she had just come to know, and that apparently is the beginning of his ministry.

I would rate this series a well-earned 7.5/10. Dallas Jenkins does a great job at putting a unique spin on a somewhat popular story, known characters and familiar ‘historic’ situations that many have argued to be fictional.

If you are a believer this is a film you must see. Albeit the somewhat over dramatisation, it seems accurate to all that we have been told by the bible all this while. For non-believers too, this could be a decent drama that entertains as is subtly reminds you of the need to have faith in God.