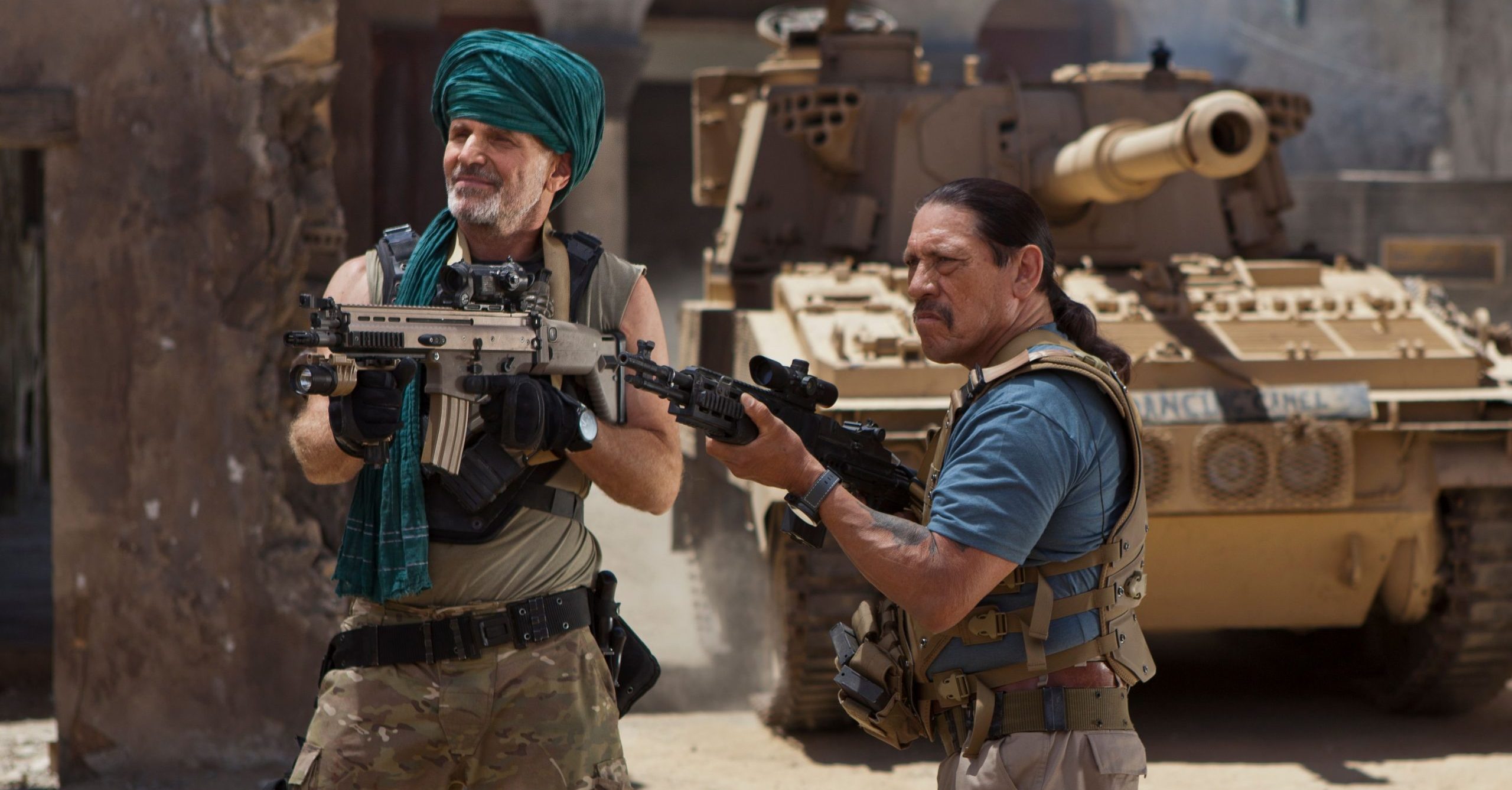 A heist on the Afghan desert, mercenaries, a platoon of soldiers and a deadly mythical creature on the hunt. This is exactly what “The Prey: “Legend of Karnoctus” has to offer in this film by The Hensman Brothers.

In the film, a platoon of U.S soldiers on patrol in Afghan hills are ambushed by Taliban. The survivors take cover in a cave with a maze of tunnels. They first encounter a group of mercenaries who after a heist are hiring in the cave with their loot awaiting a chopper for their extraction. The group soon discover that they are not alone in the tunnels. They become prey to a deadly creature the locals call Karnoctus. The story now becomes about survival.

Trejo plays ‘Vega’ one of the mercenaries in this film. But don’t get too excited yet. He disappointingly disappears during the earlier parts of the film even before all the craziness and fun starts. Sadly, as the film progresses you would be wishing for a last duel between the infamous “Machete” and this predator wannabe Karnoctus.

Nick Chinlund then becomes the focus of the film. His character, Tagger becomes the action hero that you are forced to look up to and root for. Yes, he is a badass but will he eventually slay this creature from the dark?

In typical monster horror fashion both the group of soldiers and mercenaries are picked off one after the other. You hardly get to see how some of these happens. You just have to work with the idea that there is blood thirsty monster or two on the loose in the caves. We are sometimes given a POV of the creature to see what he sees and that adds a bit of a thrill for the viewer.

For the soldiers, none of them really succeeds at getting the viewer emotional attached to them. It is not so much of bad acting as it is of the quality of the writing. We are never given a chance to really get to know these characters so as to be able to understand, relate with and also empathize with. There is never enough time for that in this film.

But that is not the only thing wrong with the writing. You can’t help but wonder why the special forces had to go hide in the caves with the loot instead of loading thing onto the trucks and driving off to make contact with their extraction. You also left wondering what exactly happens to Vega.

The film scores enough points on the choice of location and the overall production design. Right from the get go you are fully situated and immersed in the dry and brown earthy nature of Afghanistan.  When the platoon is hit the ambush as well you are fully immersed into a gunfight with accompanying practical effects and sounds that is believable enough even though we never get to see any of the Taliban.

Fortunately, or unfortunately, this isn’t one to be taken too seriously. It works maybe as a thriller than a horror that is supposed to scare you out of your seats.

After all we never are given enough through details about Karnoctus, its origin or why it’s just confined to the Afghan caves.

I would rate this film 5/10. It is a delight to see all these. It starts to feel a bit for fun and entertaining when you realize that is best you don’t take it too seriously.

THE PREY: Legend of Karnoctus open in Los Angeles June 3, 2022 at the Regency Theatres Van Nuys Plant 16 for a weeklong run. On June 7, The Prey: Legend of Karnoctus will be available nationwide on all major Cable VOD platforms, including Comcast, Charter, DirecTV, Cox, and Verizon Fios.

On July 7, The Prey: Legend of Karnoctus will debut on digital platforms, including iTunes, Prime Video, Vudu, and Google Play.

The Prey: Legend of Karnoctus Trailer from rich dalessio on Vimeo.