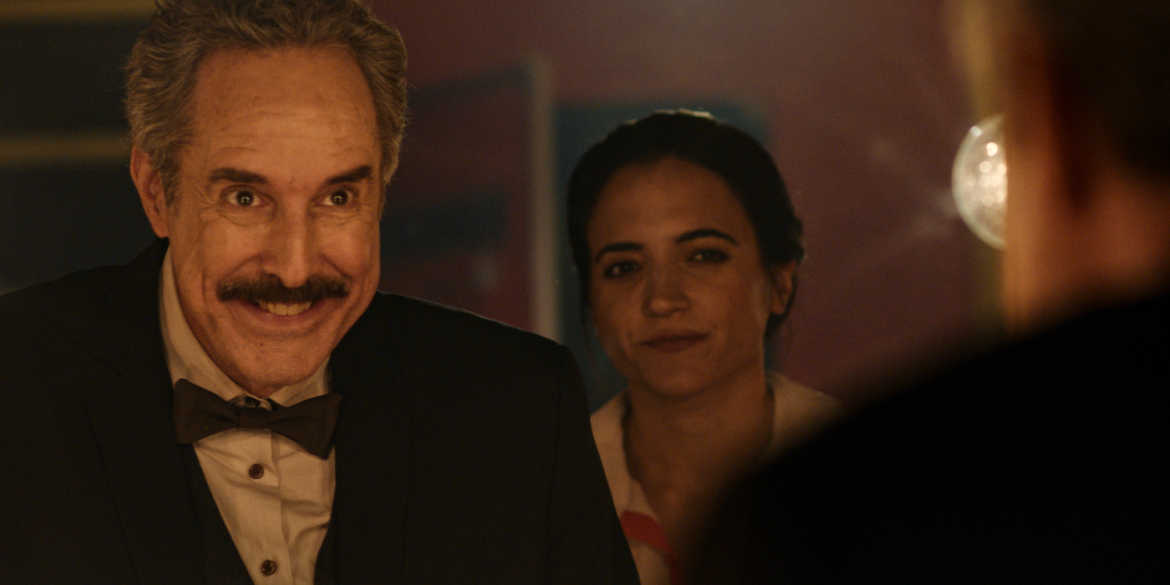 As much as she hates her job, it seems she can’t just up and leave. Even with her friend constantly nagging her to put he happiness first, she seems to be holding on to the job and hoping for her big break with the comedy show she organizes for upcoming comics. Everything seems bleak for her until she meets Jimmy Rhodes (Will Weldon) an aspiring comedian who she begins to fall for.

All this is told in a flurry of comedy and questionable horror elements. Questionable because it doesn’t really scare you as much as it makes you laugh.

For a film that is tagged as a comedic horror, you would expect a fine balance between both elements. There are several scenes of stand-up comics performing on stage giving you enough to laugh about. The performances are good and the jokes are enough to provide some genuine laughs. Disappointingly, the horror elements don’t match up in that regard. The monster in this film is Devore. We see him morph into a somewhat funny-looking creature that gobbles up people and this doesn’t provide even the slightest amounts of fright or horror to balance out this mix of genres.

The film has a cosy communal feel with an open-mic comedy setting. You are left with a sense of how competitive the LA indie standup comedy scene is. Everyone is looking for a big break. And it is a cut-throat eat or be eaten situation for rising comics. The film exploits this subject well using Devore as the monster ready to gobble up young comics so he can stay fresh and continue to dominate the scene.

Alyssa Limpperis saves this film with her performance. She is the only character that makes you want to pay attention in this film. She is likeable and you are somewhat forced to empathize with her character. At one point, we see Violet walk-off unperturbed by the cries for help coming from Devore‘s office. This shows us a cold almost callous side of her or perhaps she considers it all as work and can’t be emotional about it. She is able to navigate through a plethora of emotions giving the film some life.

Besides her, none of the other actors stood out for me. Nonetheless, none are completely horrible. At least you don’t get bored out of your seat so it worth the time spent on it.

The indie, look and feel is heavy on this film and it was certainly made on a lean budget.

It is great that this film doesn’t go beyond 80 mins. The story wraps up quickly leaving little to desire with no time to waste. This might not be something you would see more than once. Maybe as a witty spoof or a satirical piece it works. But if you are expecting something more you just might be disappointed. I would rate ‘Too Late‘ 5 /10.