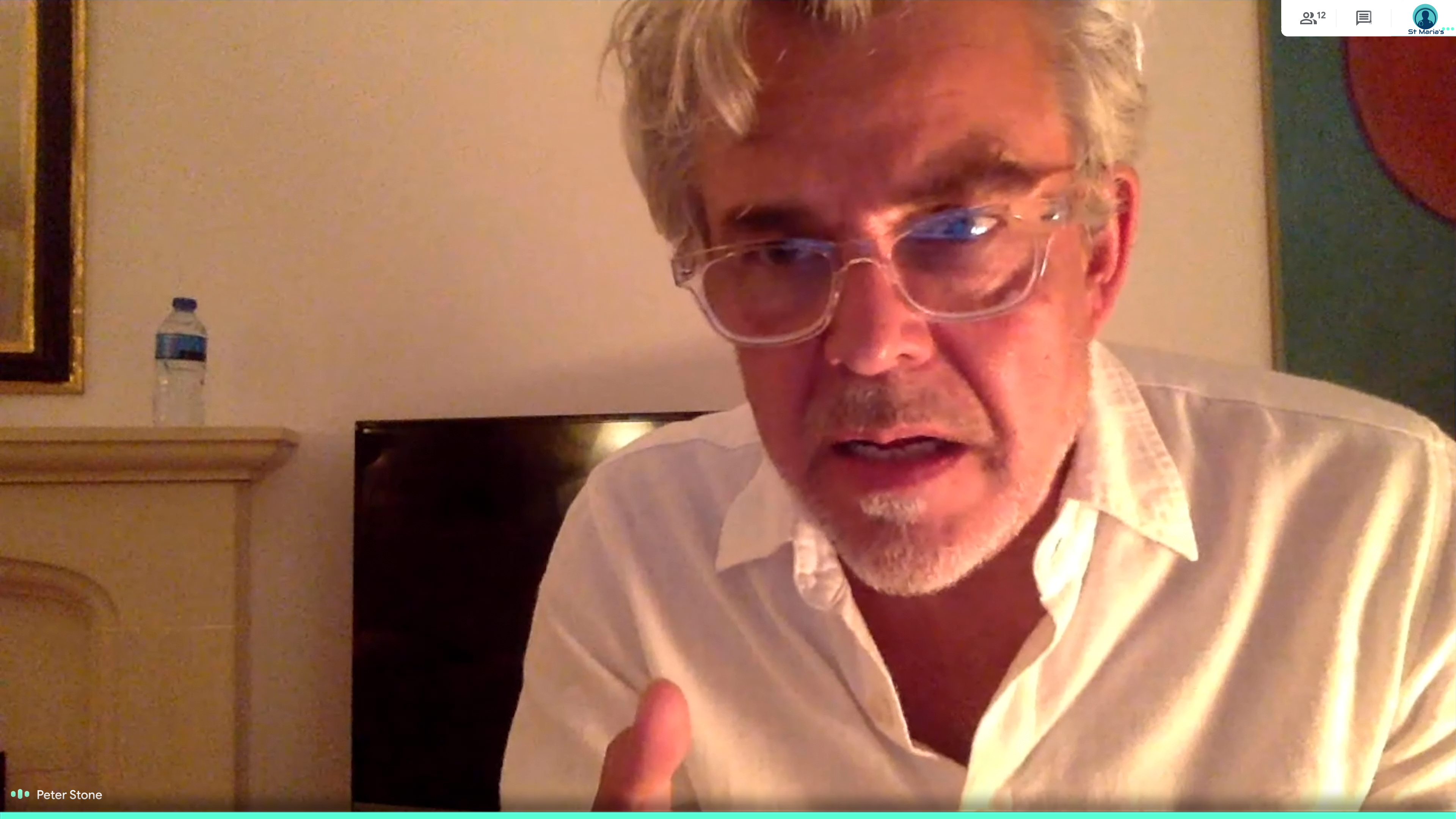 Several films have been made about the COVID-19 pandemic already even though it is far from being forgotten. Many of us still have the scars it left us yet to heal.

None of the scars cut as deep as losing a loved one to the pandemic. Especially when hospital protocols prevented families from being by the side of their loved ones in those final moments.

“We Are Gathered Here Today” is a brilliantly made film about a family and how they had to deal with the pain of losing a patriarch to the virus. The family is forced to come together over a video conference call during the pandemic to be by his side as he takes his final breath.

Peter Stone (played by Danny Huston) gets a call from the doctor. His father Henry who has caught COVID virus is in critical condition and won’t make it. He has to be taken off the ventilator so that others who stand a greater chance of survival can have it.

Peter is immediately stricken with shock and suggests he can try to fly into the states from the UK as soon as possible to be by his father’s side. But the doctor declines that and suggests that he quickly gathers the rest of the family for a video call to say their final goodbyes to Henry before he is taken off the machine.

Peter then frantically calls his ex-wife, Nancy (played by Nicole Ari Parker) and then his mother Faye (played by Jenny O’Hara) to inform them about the situation. They then each call other members to the family including, children, grandchildren, in-laws, extended family and other relations to alert them about the conference call.

Even though the film has a 74 minutes runtime, it doesn’t feel like it’s either too long or too short. Every bit of the run time is used well enough to advance the story. You are either getting to know more about any of the characters or getting to see them express a different form of emotion.

The film has a very impressive cast list that is in no way under used in this film. They all deliver very well and also convey the right emotions at the right times.

Watching the film, you can somewhat put yourself in the shoes of several of the characters. Just like in every family gathering awkward conversations are had and unresolved conflicts are visited.  As they share in the pain of having to let go of Henry, they take some moments to also reminisce of some of the good times and laugh over some funny occurrences. Peter clearly overwhelmed by the reality of his father dying flares up at one point and asks why there are smiles on their faces when they all should be somber and grieving.

For the entire film, we see each character through the lenses of their personal devices over video calls. The scenes are just limited to these video calls but the narration is clear and you can keep up with the story right through to the end.  It is so fluid and easy to follow without boring or confusing you.

In such a limited time you get know about each character’s mindset, perspective and believe systems. They each become very relatable quicker than you would expect making any emotion they express feel very genuine and understandable.

The writing also finds a very smart way to introduce other happenings like the #BlackLivesMatters protests that was also happening at the height of the pandemic into the film.  One of Henry’s grandchildren is late to join the call because she is out protesting. When she finally gets the chance to join the video conference the conversation cleverly switches briefly to be about BLM and how each of them feels about it. The brief conversation on that subject interestingly covers all angles and perspectives of it without any specific prejudices.

Overall, “We Are Gathered Here Today” is a great film. It is innovative in how it was made and very well acted. Throughout the film you honestly do feel like you are being intrusive in a family’s very private moment.

The premise of this film is enough to give anyone who watches this a feel of how several families might have felt in the heat of the pandemic. It is heartbreaking film but it reminds us of the power of family and the need for love and unity to always prevail.

Movie Review: Eradication – A pandemic, a man in isolation and zombies.